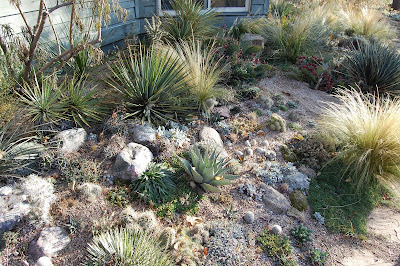 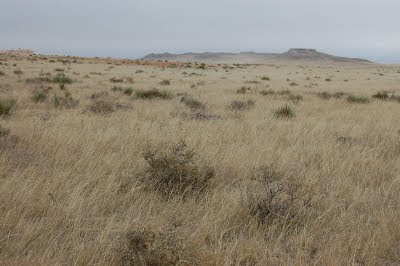 Lauren and Scott's book Plant Driven Design, was published by Timber Press earlier this year, and was one of 2009's best garden books.
Posted by Noel Kingsbury at 5:19 PM 1 comment:

So why do we all love prairie? 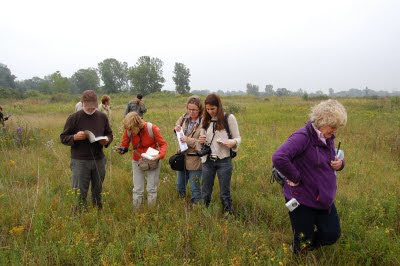 I have just finished taking a party of Gardens Illustrated readers around the Midwest – based on Chicago and St. Louis. It’s been more or less the same group who have accompanied me to Holland, Germany and Sweden before – so something of a reunion, and all rather jolly. Wonderful hospitality in the Midwest – you kinda feel they don’t get too many visitors from Europe looking at gardens or showing an interest in prairie wildflowers.

No-one in the US asked me the obvious question – what interests a group of Europeans (2 Germans, 1 Italian, 9 Brits + 3 Americans and an Argentinian) in a purely North American habitat. It’s a good question and seeing as nobody asked it, so I’m going to try an answer.

“Prairie” has become, over the last three or four years, a much abused word in both English and German garden-speak, with lazy journalists using it to describe any planting based on herbaceous perennials with a few grasses thrown in and a vaguely naturalistic aesthetic. The popularity, and consequent debasement, of the word started with folks like me, and James Hitchmough and Cassian Schmidt, using it to describe an essentially ornamental but very strongly naturalistic and bio-diversity-friendly planting style using a lot of North American species.

So, the hypothetical American asks, why do all these Europeans so love our prairie?

1) Much of our herbaceous border flora is North American in origin, introduced mostly during the 19th century: asters, goldernrods, rudbeckias etc. We have a history of more than a century of cultivating and hybridising these plants. It’s not surprising we want to see them in the wild and find out about new ones we might want to grow – like the vernonias (ironweeds) which were never introduced until recently.

2) Word has got out that prairies are fascinating natural habitats, so like our much-loved European meadow habitats – but bigger (all things American are bigger of course), more diverse and, crucially, with a fantastic late flowering season. Every prairie is subtly different, and within itself there is a great ebb and flow of species, depending on factors soil moisture, depth, chemistry, shade etc. To anyone who loves plants and plant communities, prairie is endlessly fascinating and beautiful.

3) Our own flora is a bit limited – thanks to the chilling and scraping action of frequent ice ages and the geographical boundaries placed on plants’ reconquest of old territory, the European flora is just less diverse than North Americas, particularly on more fertile soils and at the end of the season. Britain’s flora is just plain impoverished (only 100 more than the 1,400 strong flora of the Grand Canyon National Park).

4) We don’t have to worry too much about invasive aliens. Our flora has colonised vast areas of North America, changing, damaging, and in some cases eliminating, entire ecosystems. The truth is that the North and Central European flora is an incredibly aggressive one, and at home very effectively excludes ‘intruders’. Anyone who gets hot under the collar about Japanese knotweed needs to spend a few days in the company of the enormous numbers of European species which have spread over thousands of miles of North America. So, we can feel relatively relaxed about having fun with other people’s ‘natives’ in our gardens, confident that they won’t jump the garden fence and smother a few hundred acres before you can say ‘William Robinson’.

5) Then there is the odd familiarity/unfamiliarity of the North American flora and much of the landscape – the wooded hills of eastern Missouri look like much of France and the lumpier bits of Illinois could easily be Norfolk; Wisconsin practically is southern Sweden. The plants are all members of familiar genera or at least families. There isn’t too much of the feeling like you have landed on another floral planet. But there is still the excitement of new species, but growing in familiar-looking habitats. Being in a prairie itself is like being a kid again, amongst grasses that are at or above head height. It is familiar enough to feel safe, different enough to feel gently exotic. 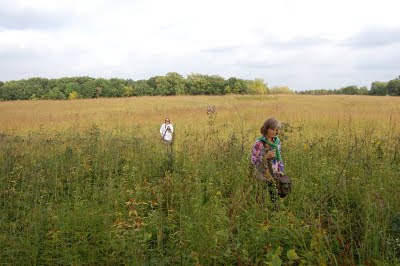