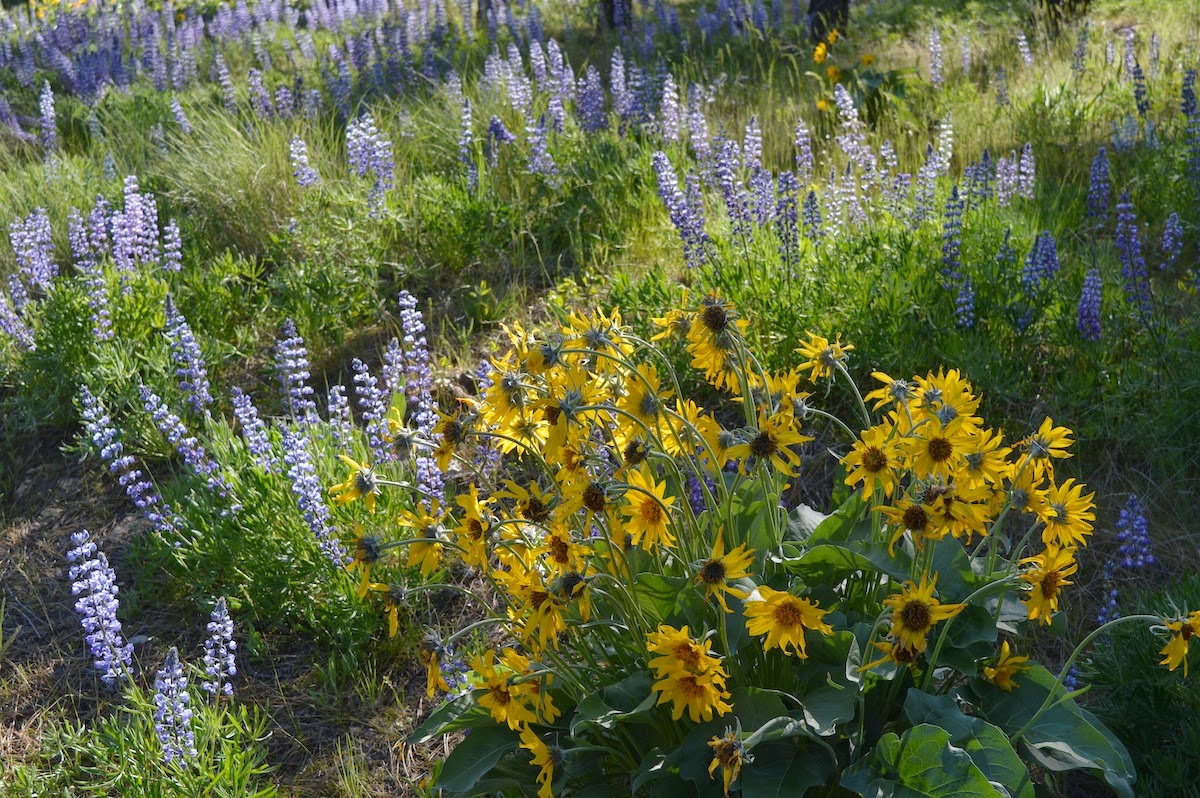 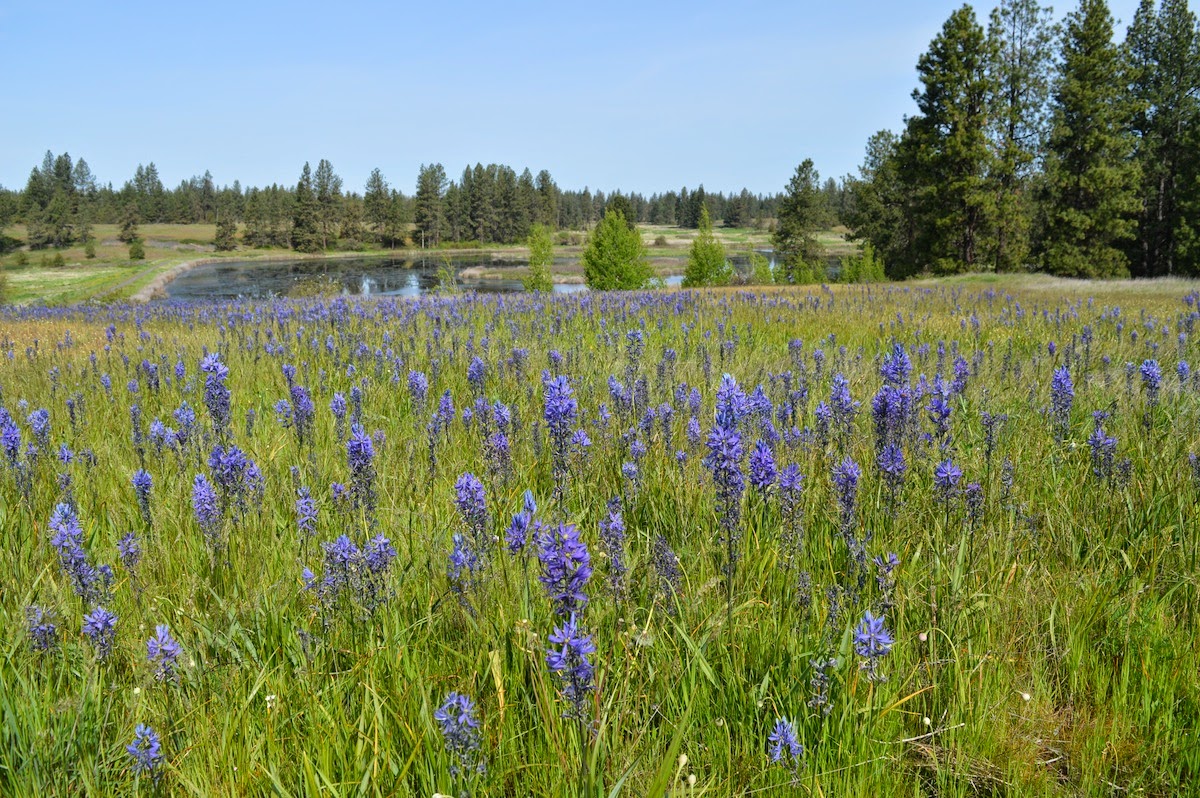 Posted by Noel Kingsbury at 8:57 AM No comments:

A flying visit to Chicago and the Lurie Garden 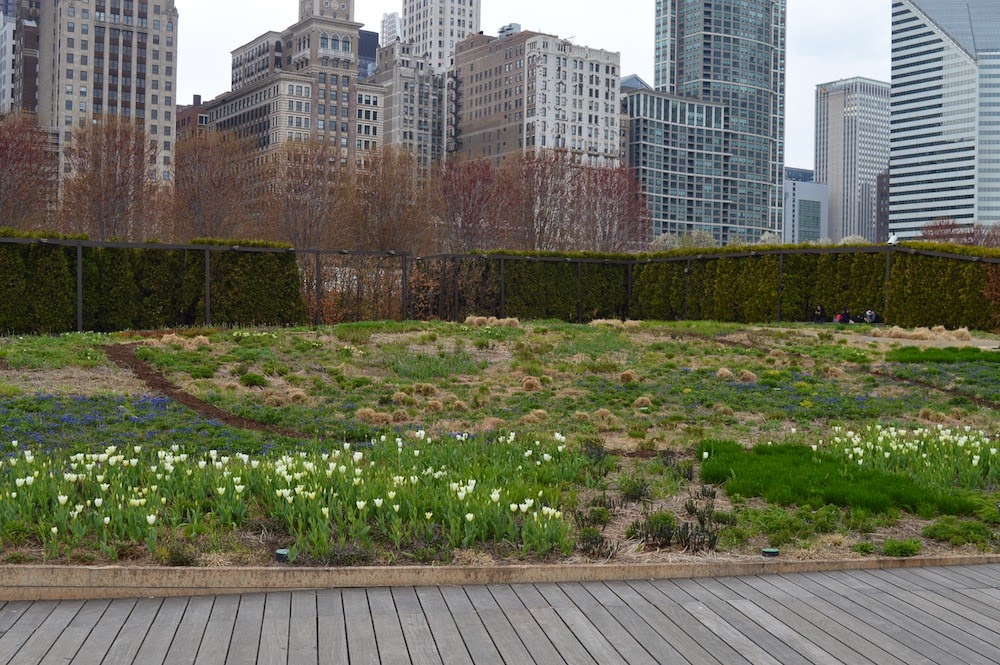 Interesting being at the Lurie Garden in Chicago after such a viciously cold winter and seeing it all coming back to life, garden director Jennifer Davit tells me that “everything” of Piet Oudolf's planting has survived. All down to snow cover – with a decent depths of snow you can get away with a lot. Its great to see everything coming back to life and the first bulbs, which are almost over at home in England, so I feel like I'm getting a second crack at spring.

What's so great about the Lurie Garden is the intensity and diversity of the planting, you can look at a bit a few square metres across and say “there's so much going on here, I could imagine having this at home” which you couldn't with a classic Oehme van Sweden planting. It's what convinced me to work with them on doing the little book, a sort of primer for gardeners: Gardening with Perennials: Lessons from Chicago's Lurie Garden. 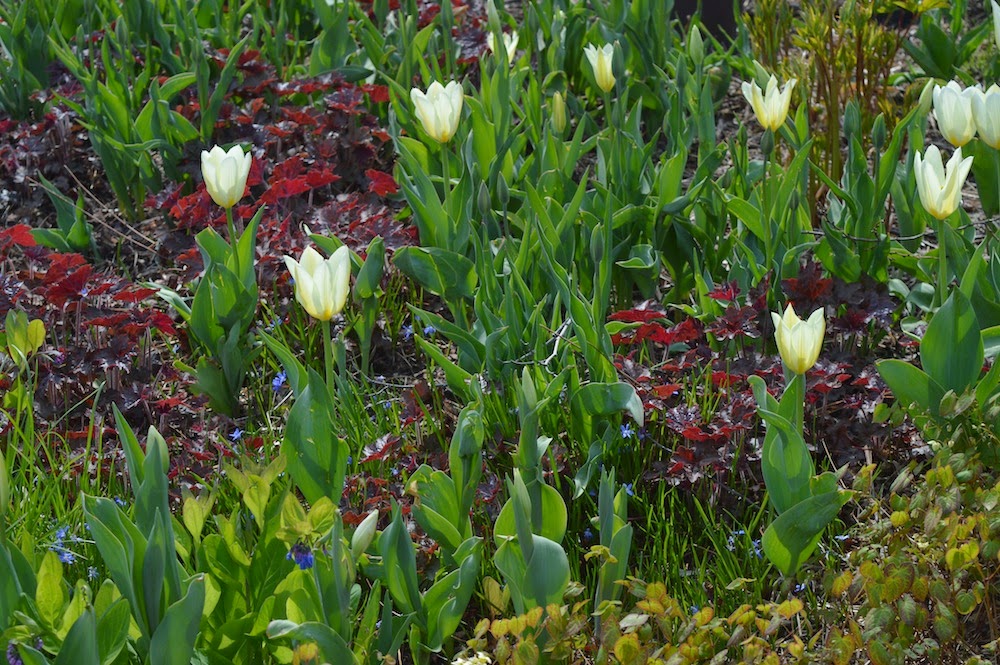 One colleague I had breakfast with, said he thought the Lurie was too much an “intensive care unit for plants” which isn't really fair, as although it takes a lot of work, some of it done with volunteers, the comparison you have to make is with the convention of summer bedding, which takes vastly more work, an annual expenditure, offers only the most temporary home for biodiversity and raises so many sustainability issues. The fact that it does take effort to maintain is actually a way of getting public engagement with gardening.

It's such a great place, this time I felt, not its scale, but actually its intimacy, it is quite a small area compared to the vastness of the whole lakeside park area. Which helps, I think, get the message across that this is something relevant to home gardeners. And if you are here, make sure you check out the plantings on lake side of the Art Institute of Chicago too, designed by Roy Diblik. Who, by the way has got a very good new book out.