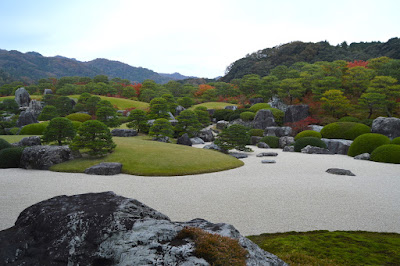 Within the space to two days, the chance to see two stupendous examples of Japanese horticulture, but so totally different, and however superlative they were, neither of them the kind of thing I could live with myself. One of them was a recently made, but not modern (important distinction this!) version of a traditional garden – the Adachi Museum near Matsue, and the other the Vogelpark, also near Matsue, a popular visitor attraction, catering to mass entertainment.
On my last trip to Japan, I wrote about some critical reflections on the traditional Japanese gardens that make so many visitors to the country go weak at the knees. Interesting to re-reflect. Part of the problem with looking at Japanese gardens is to see them afresh, as we have so many imitation or Japanese-inspired gardens that get in the way. One of the problems for Bris especially, is that we have virtually no 'real' Japanese gardens accessible to the public (unlike in the US or Germany), but instead some kitschy early 20th century fake ones and a plethora of truly horrendous recent fake ones – take one imitation lantern, a pile of rocks and a maple and you have a Japanese garden. 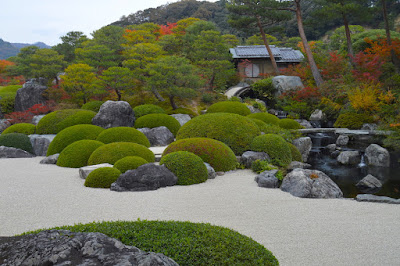 Now, rather intriguingly, looking at many Japanese front gardens, there are many folk here who do exactly the same thing, except that they have niwaki-pruned trees too, which hardly anyone back home can do. The effect is the same though, a few rocks dotted about, with some dwarfed trees, a lantern and there it is – absolutely none of the sophisticated spatial relations we get to see in the classic gardens. And in many cases, with the equivalent of garden gnomes: little concrete statues.
The 'great' gardens of Japan express a sophisticated aesthetic of spatial relations. Designers in the US have always been well ahead of British ones in taking this on board. The ones which are perhaps most inspiring are the ones for small spaces: the iconic Ryoan-ji, and the much less well-known but equally sophisticated Ryogen-in and Daisen-in (the latter cannot be photographed). One my last visit, the larger ones, e.g. Tenryu-ji and Gingaku-ji, came across as like stage sets – look at them from the wrong angle and they seem empty and sterile, the right way and everything falls into place.
It was interesting on this trip, to accompany a group, including several working garden designers (all Argentinian). The Adachi Gallery garden blew us all away on first sight: like the art in the gallery, it is simply a modern take on traditional forms, but done on a far more generous scale and in fact incredibly well done – and immaculately maintained (which always helps). In looking at it, I found a few places which were almost approaching what you could call 'naturalistic' planting, in that they consisted of low shrubby plants with no clipping – they could have been bilberries and heather in Scotland. They counterposed the über-control of the rest of it and the clean white, unraked, gravel that made such a good foreground. 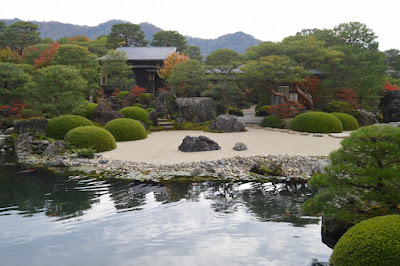 The Adachi garden is simply the most perfect and accomplished garden in the Japanese tradition, and is apparently widely appreciated as such. And yet, as one of my colleagues on the trip, Amalia Robredo, commented, it is completely lifeless, there being no movement. Unlike the Japanese countryside, which at this time of year seems to sprout miscanthus grass everywhere, there are not perennials and no grasses. Yuko Tanabe Nagamura, a horticulture colleague from Nagasaki, who was accompanying us on the trip, told us that the Japanese gardening public do not appreciate grasses and perennials, seeing them only as weeds. 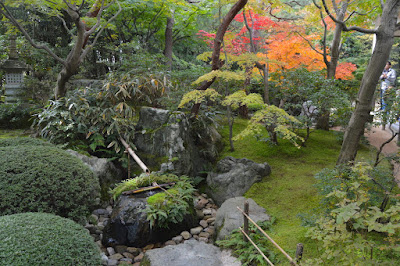 The Adachi garden did make me think of Mediterranean region possibilities. Back in the spring I went to visit a couple of gardens made by Miguel Urquijo and Fernando Martos, which made extensive use of low clipped native sub-shrubs, but with grasses and perennials as lively moving contrast. Clipped shrubs and conifers were the main element, and I realised how it might be possible to use Mediterranean sub-shrubs and conifers in a similar way, with rocks and gravel, but adding a more naturalistic element. If I ever get the chance to make garden in such a climate, this might be a good place to start. 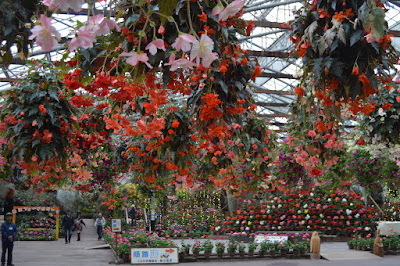 The other piece of superlative horticulture in the Matsue area was Vogelpark, designed to be a family day out visitor attraction, with bird of prey flying displays, twice-daily penguin walkabouts, etc etc., along with a vast greenhouse, the contents of which bowled us over. We walked in and our jaws just dropped. OK, none of us like big bright brash begonias, but to see them grown on this scale and this well, we could not but fail to admire them. Streptocarpus, coleus, fuchisa, pelargonium and begonias too, all on a massive scale, all incredibly well-grown and in many cases clearly quite old plants. It was all very old-fashioned, like something out of the Victorian era. But inspiring to see so much good horticulture, and particularly re. the amazing collection of begonias, so good to see such a good collection of plants, such genetic diversity. It made Wisley seem very tame and unambitious in comparison. 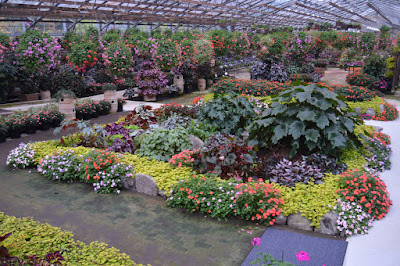 This kind of full-on public horticulture is every bit as Japanese as the classic raked sand and clipped conifer gardens, the same total commitment to quality, and yet a side of the country's gardening we rarely appreciate. The fact that to us it is unfashionable is no excuse for ignoring it. 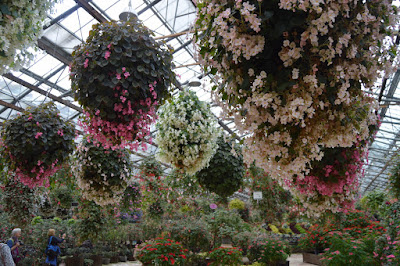 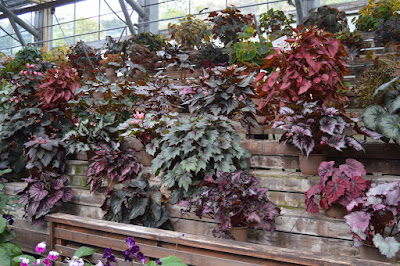 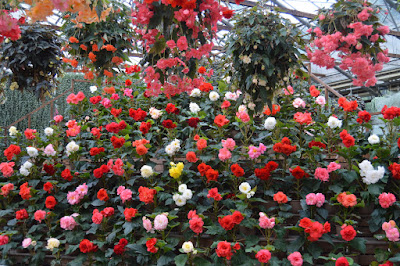 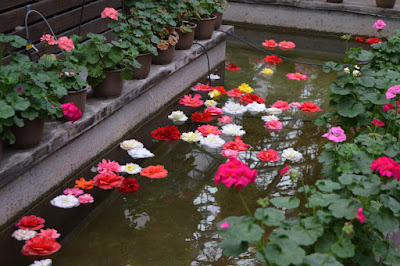 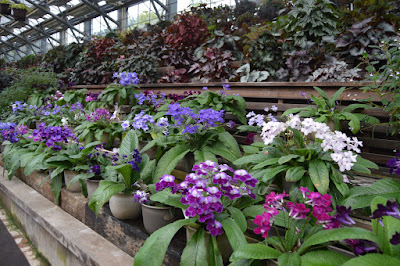 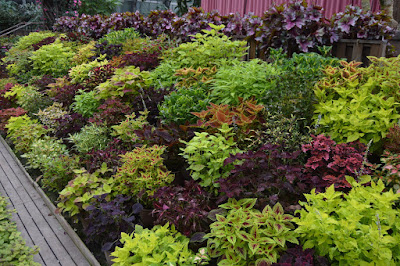 Posted by Noel Kingsbury at 5:24 AM 5 comments: