My recent post about the wonderful garden of Berchigranges in the Vosges mountains of France, was at the end of a trip which involved driving to Hermannshof and then on to Prague (Pruhonice actually) to do some teaching and then back across southern Germany. The Czech garden tradition and present, I have blogged about before, and it was good to be back again so soon. Adam Baroš had got me a long to run two days of workshops at the Dendrologial Park, and I felt very honoured to be the first person to teach in a brand-new building. There is a feeling here of positive, reasonably well-funded looking forward.

The literally hot topic of conversation on both my trips to central Europe this year, which included Austria a few weeks ago, was the summer. Many days over 30°C, a maximum (at Pruhonice) of 38.5°C (in the shade) and just-above ground temperatures in the sun an incredible lawn-killing 50°C. And no rain for eight weeks. There has been rain since and much has recovered by the time of my mid-September visit, but there is clearly going to be a lot of long-term damage to woody plants, with many losses. Garden staff say that surface-rooting species like Hamamelis and Rhododendron are particularly badly affected, and they expect many to die. It is a frightening foretaste of things to come, if, as predicted, global warming and climate change continue.

It was good to have so many people at the workshops and from such a range of backgrounds, and to have quite a few come up from Slovakia on both days. There were some familiar faces such as Prof. Dagmar Hillova who teaches landscape and planting design at a University at Nitra in Slovakia and Martina Šášiková who runs Victoria - trvalková škôlka (www.victoria-trvalky.sk) a huge wholesale perennial nursery near Nitra. I said I would do a planting workshop for her next year, to celebrate the nursery's fifteenth anniversary. It was great to have the Slovaks along – my wife Jo worked in Bratislava from 1993-1995 so we feel we know the country well. There were worries at the time about the viability of the newly independent country since the saying was that “the Czechs make the boots and the Slovaks the laces”. Not any more – the country has done well economically and politically and they are in the euro, and there has not been a squeak about their letting the new currency down, unlike the southern members of the eurobelt. And of course, economic development drives an interest in gardening and public landscaping. 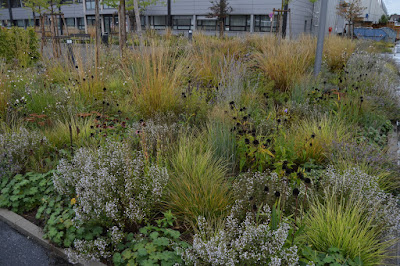 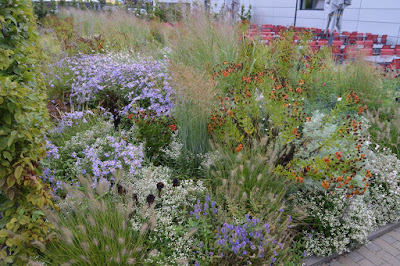 On my way I had visited the fabulous Hermannshof garden at Weinheim in Germany's Rhineland, somewhere I ideally try to get to once a year. Director Cassian Schmidt is also heavily involved in teaching planting design at a new university of Geissenheim. His wife, Bettina Jaugstetter, is a garden designer who is also now developing planting mixes. (For those who need an introdction to the German concept of Mixed Planting look here). I had seen spectacular pictures of her work at the ABB factory, a nearby manufacturer of electrical equipment and so I was delighted to visit and see these now well-established plantings. Bettina's plantings are not in soil, but a mineral based substrate similar to that used on green roofs. A minimal organic matter content helps provide a stable and predictable rooting environment and reduces opportunities for weed growth, so reducing maintenance. At the end of the year, everything is cut back and removed. As with mineral substrate based green roofs this must inevitably result in a reduced value to the biodiversity value of the planting since there is limited resources for the development of a soil ecology – the trade-off is the stability of the environment for maintenance purposes and the incredibly high visual value of the plantings in the workplace. 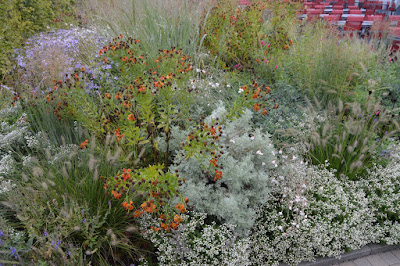 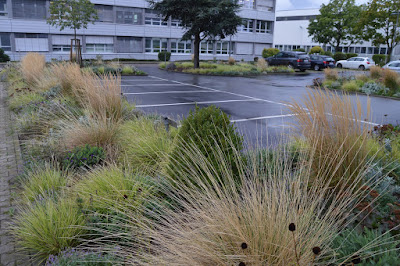 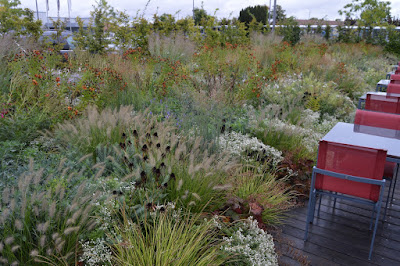 Later that day, we went off to see some plantings in Ludwigshafen, where park director Harald Sauer has created a series of spectacular annual and perennial plantings in the city's Ebert Park and at the entrance to a major cemetery. I understood his budget to be pretty limited, which makes these all the more impressive. Some of his work is completely new – great snaking beds of perennials in the cemetery for example but others are about the imaginative remaking or enlivening of existing features made in the 20th century and needing renewal. The plantings are very successful, looking very vibrant now, although in looking at them I do ask the question, what do they look like earlier in the year? One can imagine bulbs in here, but what about the May-July interest? I do sometimes worry that all the focus we have put on late-season perennials and winter seedheads has drawn attention away from the early summer period. 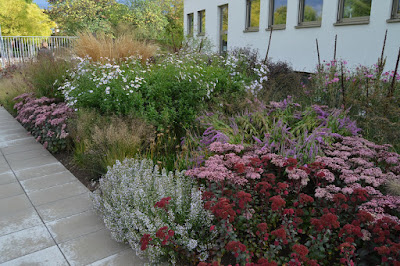 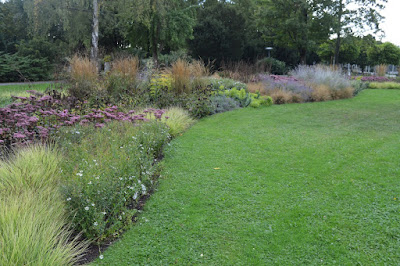 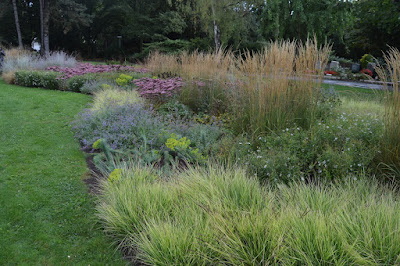 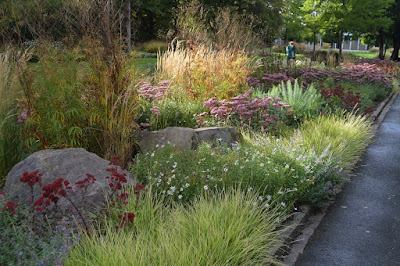 There are some more pictures of the Ebert Park here, and of the Ludwigshafen Cemetery here.


Further on down the road I popped into the Gaissmayer nursery near Ulm which has a huge range of perennials plus lots of whacky artworks and an attached 'museum of garden culture'. The sales model for perennials seems similar to that of many other nurseries over here and in The Netherlands, small plants mostly in 9cm pots, at some prices – often only 3 euros a plant, half the price of the 2litre pots of perennials which now seems to be the standard in Britain. It does seem to be a very different business model. 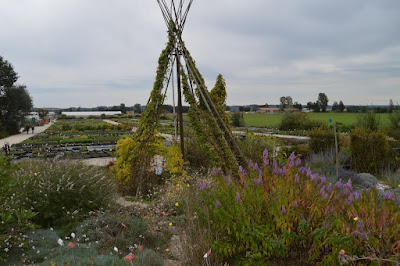 The Museum of GardenCulture displayed only a part of what is clearly a huge collection of tools and equipment, and which, from what I was able to work out, is divided into several parts which move around different locations each year. Far more impressive than anything we have in Britain and which knocks London's Garden Museum into the proverbial 'cocked hat' – although since the museum are undergoing a huge rebuild next year, we can but live in hope. 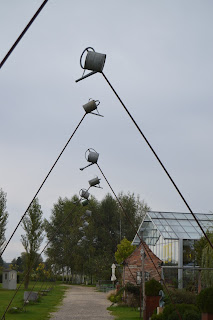 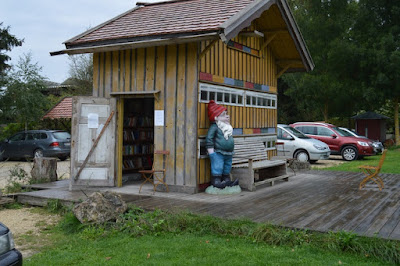 * * * * *
If you like this blog, why not check out my e-books, which are round-ups of some writing I did for Hortus magazine back in the early 2000s, along with an interview with the amazing Beth Chatto. There is also the first in a series of planting design textbooks, delivered in collaboration with My Garden School.
You can read them on Kindle, or Kindle packages for smartphones or the computer. You can find them on my Amazon page here. You will also find my soap opera for gardeners - currently running at eight episodes.