Nature improved upon in hellebore heaven 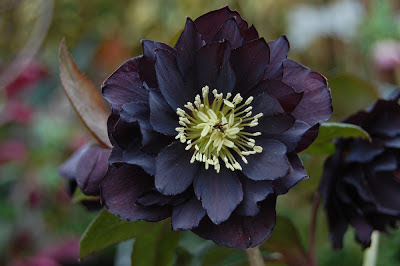 This almost-black hellebore looks like something straight out of a Victoran funeral. Of all black flowers they have to be the best 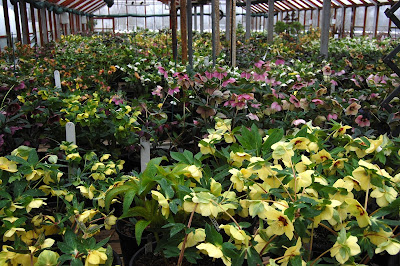 A wonderful day spent at Ashwood Nurseries in the Midlands, looking at hellebores and being more impressed than ever by their breeding programme but also by the plant itself, which seems to challenge and transcend our notions about the difference between the wild and the bred. This is their mother-plant greenhouse, where the plants are grown for the hand-pollinated seed. Seed to saleable plant is three years - unlike the one year of most perennials which are sold. 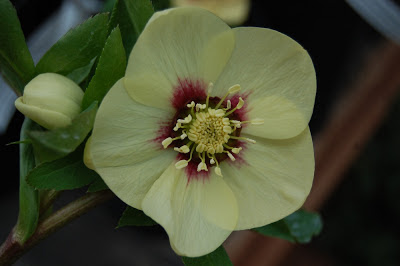 We are used to heavily hybridised plants looking very different to their wild ancestors, and making a big distinction between the two. Those of us who go for naturalistic planting tend to look askance at heavily-bred plants, but with hellebores it is somehow different. Here are plants which work very well indeed in naturalistic planting schemes and are not highly-strung cultivation-dependent like most intensively-bred groups. No do they have the mutant-with-a-cultivar-name look of many either. In fact they do not have cultivar names - and this is very important. They have broken free of the tyranny of the identical cloned cultivar trap which ornamental horticulture has got itself stuck in. Genetic variability rules! 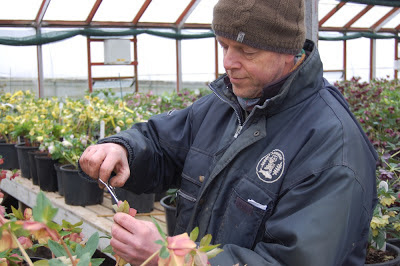 Kevin Belcher cross-pollinates selected plants from mid-January. Hopefully not too many bees sneak into the glasshouse to wreak genetic havoc. Very simple crossing procedures. Everything is recorded but there are no complicated genetics here. This plant breeding is at the first level, where intuition is everything. 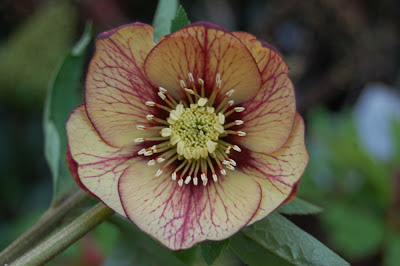 This is one of the 'Neon' strain, with yellow and apricoty colours predominant. The naming of particular genetic lineages which express particular colours is the nearest Ashwood get to giving names. The variation from one flower to another is one of the things which is most entrancing about them; looking at the plants in their sales glasshouse, thinking about what to buy (needless to say they are amongst the most expensive of perennials); spotting the little differences between two flowers which at first look identical - this is all part of the joy and you wonder why we are so hung up on the concept of the cultivar, where every individual must look the same. Clonal cultivars seem just so boring by comparison. 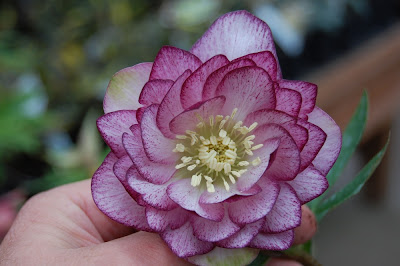 The doubles are beautiful but most of us are not so sure. For one thing the flowers are so heavy they hang down and are not so easy to see. And they do rupture that fundamental belief we have that they are not natural and there isn't one just like this in a wood in Croatia somewhere. 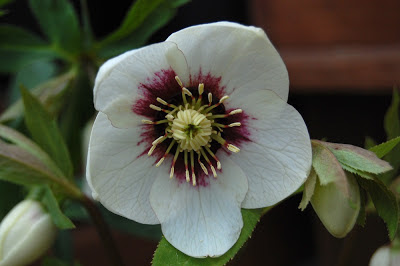 Single hellebores look - well, so natural. They are indeed not so far from their ancestors which are very common in the woods and meadow edges of the Balkans. Above all, they are so robust, long-lived plants which in our gardens in Britain at any rate, are very easy-going about where they grow. 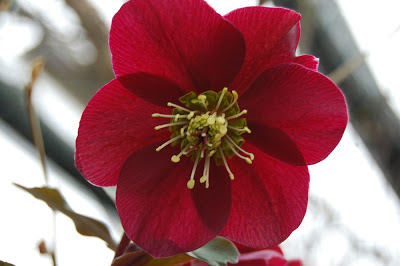 The dark ones are the most vigorous by far, and look best when backlit. At our last house we had them on top of a wall so we could look up at them. A few years ago I planted out some of the many seedlings which were sprouting around the plants I bought from Ashwood 14 years ago. The ones which grew really fast all turned out to be red. However good plants did tend to produce good children, there was not much reversion to inferior forms. 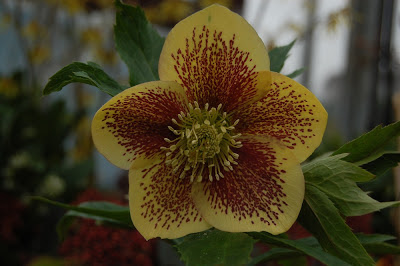 I love spotted flowers. The level of spotting is highly variable. Early Ashwood spotties were red on white - they now have a strain with red on yellow. 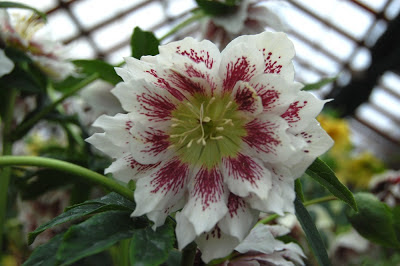 And now there are double spotties. 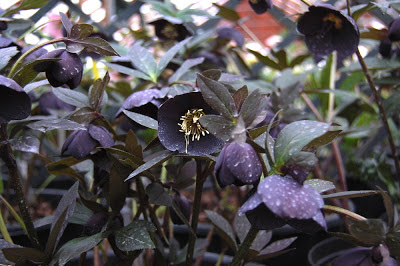 The blacks are really special but difficult to use in the garden as they merge with the background. I like to plant snowdrops as contrast, and later on, dark-leaved Lysimachia 'Firecracker' makes a nice complement. 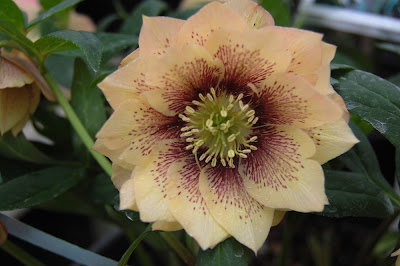 All of the ones so far are H. x hybridus, derived mostly from the very variable Balkan H. orientalis. 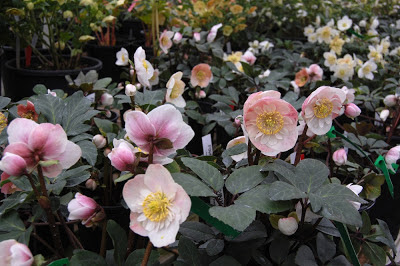 This is one of the x sternii group, where there is a lot of active breeding amongst several nurseries. Different hellebore species do not necessarily cross-breed (yet - someone will crack it one day, with a lab technique like 'embryo rescue', the plant equivalent of test-tube babies. At the moment varieties with good flowers tend not to have great foliage and vica versa, but I am sure this will change. There are so many species to play with.

For more on hellebores this is a good introduction.