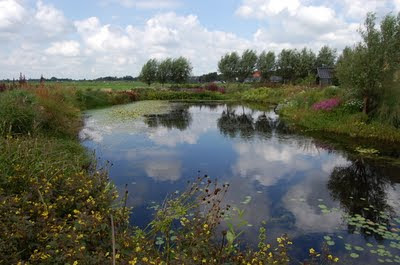 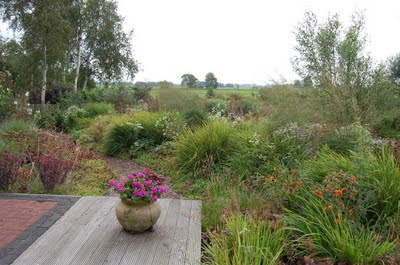 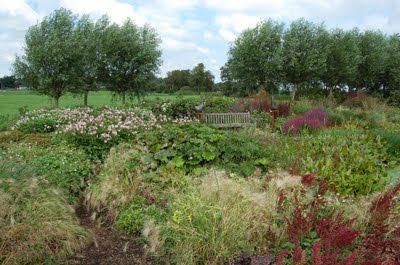 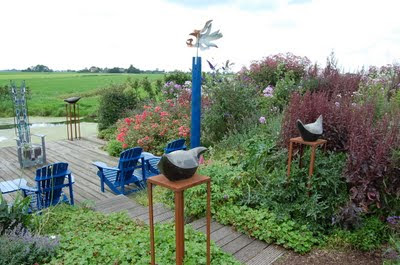 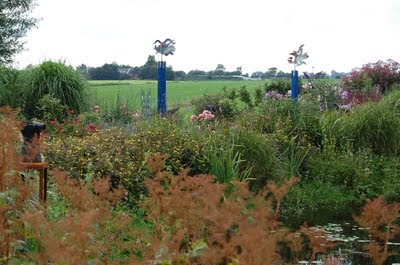 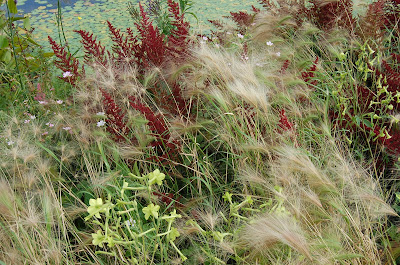 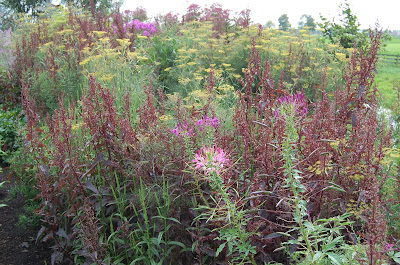 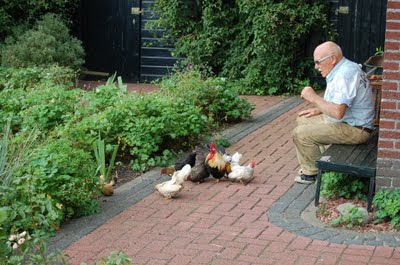 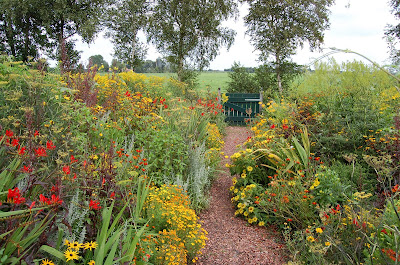 
Beth Chatto’s position as a leading garden guru of the latter half of the 20th century rests on the realisation of something which we now think of as obvious – that garden plants should be selected on the basis of habitat. Her garden consists of a series of gardens situated in dry, spring-fed and dry shade areas using combinations of plants adapted by nature to these difficult conditions. But finding out natural plant associations involved a close collaboration with her late husband, Andrew. Indeed the entire Beth Chatto planting philosophy was very much a joint effort.
Garden reference books, then and now, have never said very much about where plants come from, or their habitat. The only way to find out is to comb through journals and scholarly works. This is what Andrew Chatto did, over many years, from around 1940 until his death in 1990. He read the scientific literature in  German and French, and in order to be able to read the extensive material on the plant life of the Soviet Union, he learned Russian. The result of his researches is twelve binders of closely typewritten text, probably a little short of a million words. Each collection of notes covers a different part of the world’s temperate zones, and covers most of the regions from which our garden plants come from. There are lyrically descriptive passages of local geography and vegetation, and extensive lists of species of each habitat and region.
So, when Beth was creating her marvellous garden, from 1960 onwards, and came across a new plant, or found herself with a particularly inhospitable problem area, it was to Andrew she turned for advice. During his researches he compiled indices which enabled him to find many plants relatively quickly. The result is a garden where plants are at least approximately matched to conditions similar to their homes.
For many years Beth worried about what to do with Andrew's papers. She approached me several years ago, and after a while it occurred to me that we should get them all put online.  A note in the newsletter of the Hardy Plant Society brought forward 55 responses, from which I selected eight to type up the notes into a digital format– mostly retired people, skilled copy-typists, all familiar with scientific plant naming. The next stage was to put the text online, so that anyone can read it.AND HERE IT IS!!
Seeing familiar plants in their natural habitat gives the gardener a particular thrill – and as more of us travel, further and further, it is something that is becoming a more widely shared experience. But what can we learn? Sometimes it seems, seeing a plant in the wild offers real insight, at others it seems to contradict our experience. One factor which muddies the waters is that the British climate is so different to that experienced by the ancestors of many of our garden plants. Plants are also often very tolerant  of a wide range of conditions , but are associated with a particular habit, not because they particularly like growing there, but because the fierce level of competition between plants in the wild means that may be the only place where they are can establish as seedlings or can escape from more aggressive species.
The bottom line is that seeing a plant in the wild can show you the worst it can deal with. I remember having a holiday in  northern Pakistan, an area with a climate of enormous extremes of heat and cold, and finding  Perovskia atriplicifolia growing in the dry stone walls of farmer’s fields. In the garden this perennial with its attractive mid-summer mauve-blue flowers seems to grow anywhere, as does another familiar plant growing in the same place, Clematis orientalis, a robust late-flowering species with thick yellow petals. But both were scrawny and much reduced in size compared to their appearance in our gardens. The lesson seems to be that these plants are great survivors but really prefer the bounty of good soil and adequate moisture.
Knowledge of wild conditions often surprises. Many of us grow Verbena bonariensis, often as a gravel garden plant, its seedlings popping up between stones or paving slabs, seeming to thrive in hot, dry places. So I was astonished to meet a Uruguayan garden designer (Amalia Robredo) who told me that back home on the pampas it is a marshland plant – she even showed me a photo with Dan Pearson standing in front of a mass of the plant to prove it. The reason for its success in our gravel gardens is probably due to favourable conditions  for germination, and lack of competition.
It is often possible to tell what sort of environment a plant comes from by its appearance – dry habitat species tend to be compact and have tough, often grey, leaves, wetland species to have soft lush growth and big leaves. But beyond this, local knowledge can be very important. A good example are moisture-loving plants. Many species like it wet, but not waterlogged, such as rodgersias and ligularias, which flourish on wet slopes in mountain areas in Asia – the water is always moving and aeriated, never stagnant. Or some will survive winter waterlogging but not summer; I shall never forget walking in the wildflower meadows of Cerknica in Slovenia, where a wide array of wildflowers flourish , including Euphorbia palustris, well-known for its greeny-yellow flowers in our springtime gardens – but where everything is under two metres of water when a temporary lake forms every winter. At Cerknica, Iris pseudacorus flourishes, but moisture-loving Iris sibirica is not to be found – but can be found on hummocks in wet meadows nearby – clearly it cannot cope with several months of inundation.