A brief hop across the ditch 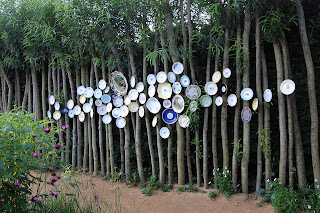 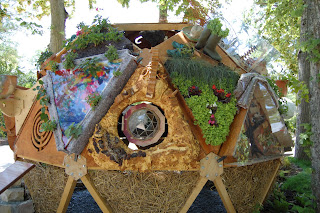 I haven’t been to France for 7 or 8 years (I’m rather embarrassed to admit), but am on the way back from a visit to the Chaumont garden festival, where I took part in a conference on naturalistic planting design. Back in the mid-1990s there was a flurry of such events with a loose group called ‘Perennial Perspectives’ – with an event organised at Kew by Brita von Schoenaich in 1994 a notable watershed, as it introduced British gardeners to the astonishing virtuosity and technical skill of planting designers in Germany. The half-dozen or so PP get-togethers involved Brits, Scandinavians, German-speakers and Dutch. No-one from Latin Europe ever showed up, which on one level was a puzzle, as we all new that there were some individuals in France who were very keen on wild-style gardening, including of course the incredibly gifted Giles Clement; but on another level confirmed our prejudices about Gallic landscape dirigisme, and the very different garden traditions of Latin Europe …. yes it does involve a lot of straight lines, and a strangely obsessive desire to separate the garden from nature. 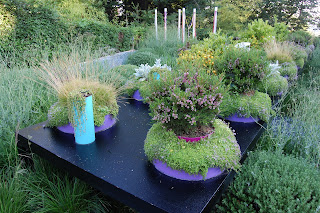 So, an invitation to speak in France, alongside James Hitchmough from Sheffield University and Cassian Schmidt from Heremannshof in Germany was very welcome. But to us it felt like we were in a timewarp, with speaker number  one (president of the French landscape association) pompously describing a park project which supposedly involved nature – nature being confined to an inaccessible wilderness area and a few bits of unmown grass. What is it about French landscape culture which seems unhappy with any public space which looks empty with less than 5,000 people in it? Tired by endless slides of vast mown grass spaces and thrusting walkways, speaker number two (a garden journalist) addressed us with the kind of “love your weeds” hippy ramble which we last heard about 20 years ago. He did however end up with a spirited critique of ‘natives-only’ planting, reminding us of its fascistic history. Then it was over to me, and then James and Cassian.
We all agreed that the Chaumont garden show this year was more planty than in previous years, although only one garden made us go “wow”. In previous years the boundary between ‘garden’ and ‘installation art’ was a pretty fluid one, with many of the gardens combining art-school abstruseness with a use of materials which bore little relationship to what anyone could achieve in a permanent garden. One of the show mottoes is ‘ideas to steal’, but whilst there was some good planting to inspire visitors, so much of the non-planted elements simply don’t have permanence : willow, willow, willow, and plastic, and while Corten steel is pretty damn permanent it is beyond most people’s pockets and (yawn) we have just seen so much of the stuff in show gardens of late.
The Chaumont site however is fantastic, kicking any British garden show into the compost heap, as the show gardens are shoehorned into the landscape by hedges, and blocks of permanent perennial planting. The whole event is a delightful experience, and surprisingly intimate. All terribly tasteful and stylish and so very French. 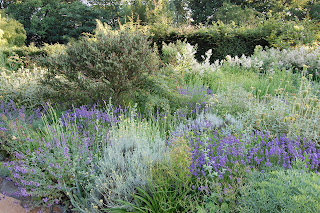 The whole thing though does reinforce my feeling  of many years that French garden style is very good at the cosmetic - the stylish but not necessarily durable, whereas what Dutch and German garden style is more about combining style with technical proficiency and practical longevity. I suppose we are in the latter camp, but scoring lower on all counts. The bedding schemes which French munipalities invest in may belong to the cosmetic camp, but oh, they are so good, very high quality, and there is clearly no problem with funding them; that any British town council would stump up such funds is sadly unthinkable.


On to a night at a grotty hotel in Paris, and a meal in a pavement café with James in which we go into raptures about French food culture, and vengefully remind myself that escargots are merely a cover for butter and garlic. Dutifully set off for Parc la Villette, one of the most important parks made in the latter years of the 20th century. Trudged around, admiring the red steel ‘folies’ but cursing the grey gigantism of everything else, more spaces which needed 5,000+. Yes, there are some wonderful little corners too, and a fantastic variety of spaces, but not a perennial or a flower to be seen anywhere. The whole place feels oddly sterile. Came back to grumbling, I hope not too xenophobically, about French landscape culture: form over all else, a fixation with hard materials and straight lines, a general lack of softness. Lets hope the little signs of interest in wilder styles take root. I’d love to see a real French take on naturalistic planting. 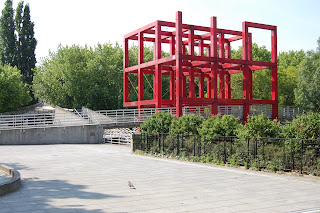 Here are some pics of our wild garden, early June. Click below: