Can't see the wilderness for the trees.

There has been much talk lately of 'rewilding'. George Monbiot discussed it in a recentbook which brought the concept to many British readers, while North Americans may have first met the idea in Emma Marris's 'TheRambunctious Garden'. Basically, it is about letting nature rip, re-introducing the wildlife that used to be there, and minimising the human impact. We, in the developed world can afford to do this, as we have a lot of areas our ancestors tried tilling, but we can afford not to, thanks to the efficiency and economics of modern agriculture. Our populations have stabilised too, and of course we have outsourced a lot of agricultural production to the rest of the world.

So, it is interesting to be somewhere which already has been 'rewilded'. Jo and I have recently had spent six days in a cottage in the middle of the woods in the Adirondacks. This mountain range in the north of New York state was, at the beginning of the 20th century two-thirds cut over by incredibly wasteful and destructive timber extraction. Photographs in the excellent Adirondack Museum show whole hillsides covered in stumps and burnt logs. Since elite tourism began to become a major local industry in the late 19th century, pressure soon built up for conservation. Since then, the area has been a fascinating study in how conservation measures have gradually built up a patchwork of protection – around two thirds of the area is now protected public lands, mostly 'wilderness areas', with no commercial exploitation. Wildlife, including bears and moose, are coming back strongly. Most of the private land is covered in trees too.

Woodland in particular has re-established itself with a vengeance. Walking through the woods, it is possible to appreciate the whole succession process. Birches, often the first to grow are being replaced by the longer-lived mature forest species, their trunks littering the ground in some locations. In their place are red maples, hemlock, beech (American beech regenerates from the ground much more so than European) and sugar maple. There are lots of sugar maple seedlings, and this is the tree which is very much the dominant mature forest one in this part of the world.

The trees in the Adirondacks are wonderful and this regeneration is truly fantastic to see, but I almost found myself wondering whether the pendulum has swung too far. From the visitor perspective, the trees rather get in the way of the landscape. Hiking trails are almost entirely in the woods, and so after a while become rather monotonous, and driving along it is remarkably difficult to find places to see the distant mountains. And given that biomass is a near carbon-neutral way of providing heat and energy for power supply, surely some careful and judicious harvesting is in order? Or is the no doubt desperate desire of the US government to mitigate its horrendous record on CO2 production a factor here? as the growing woods must still be gobbling up the key greenhouse gas. Or is the idea of rational harvest of trees a cut too far for eco-purists. 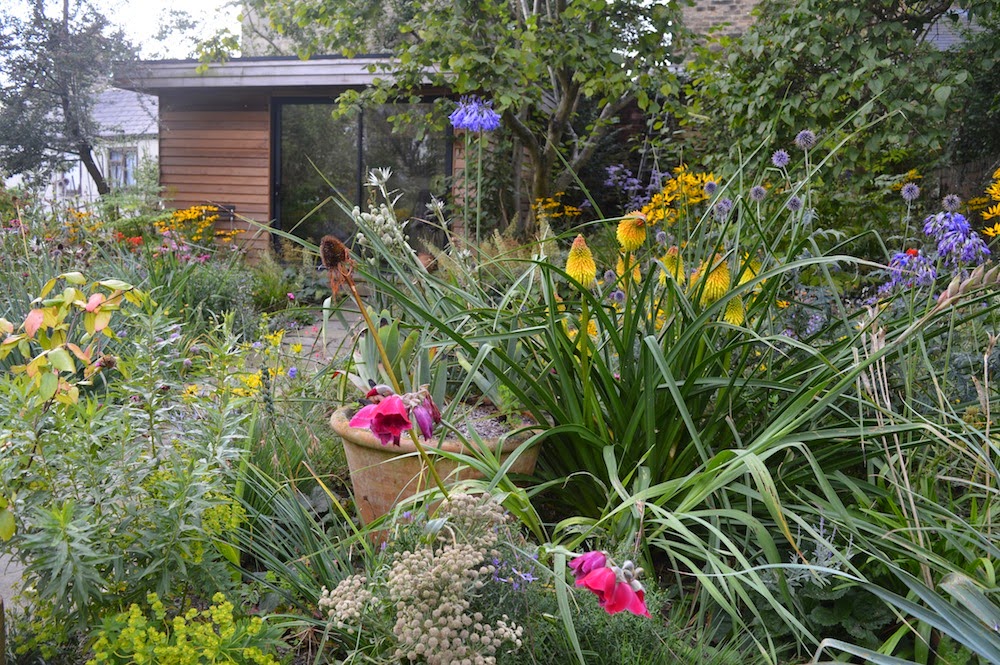 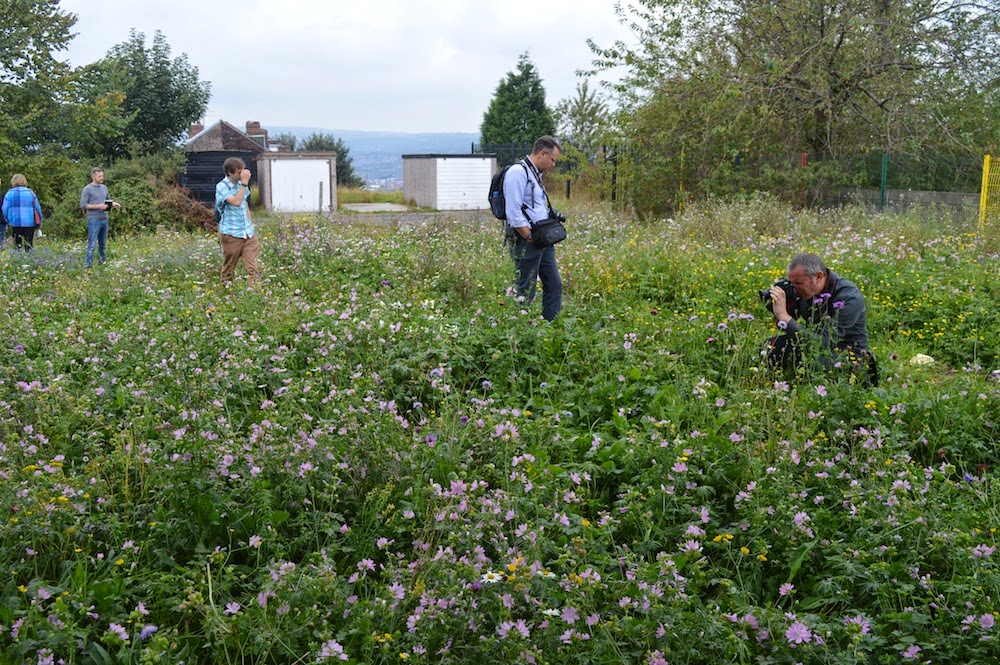 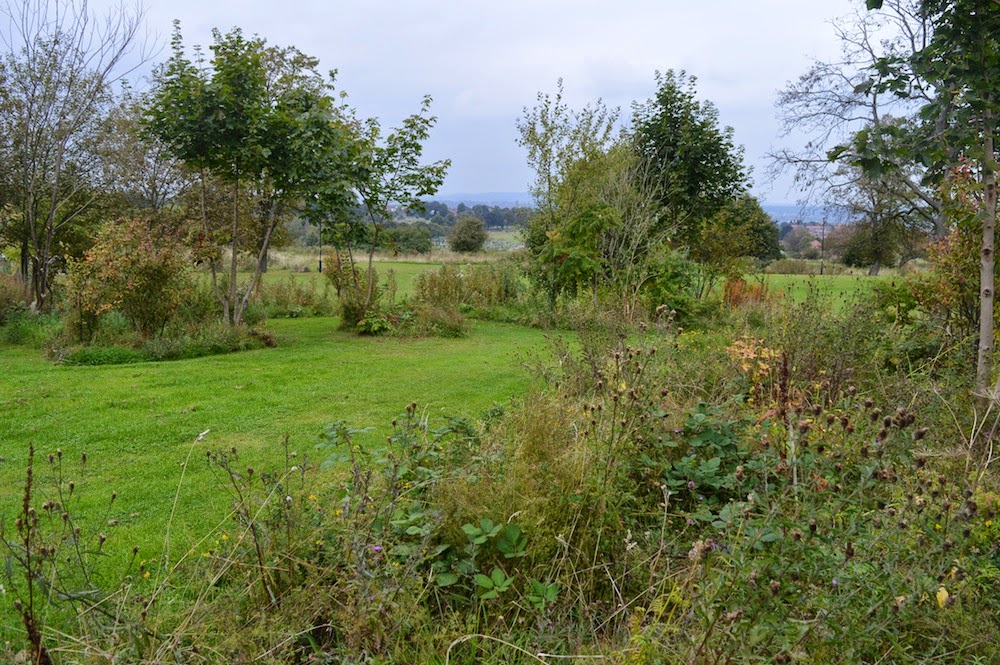 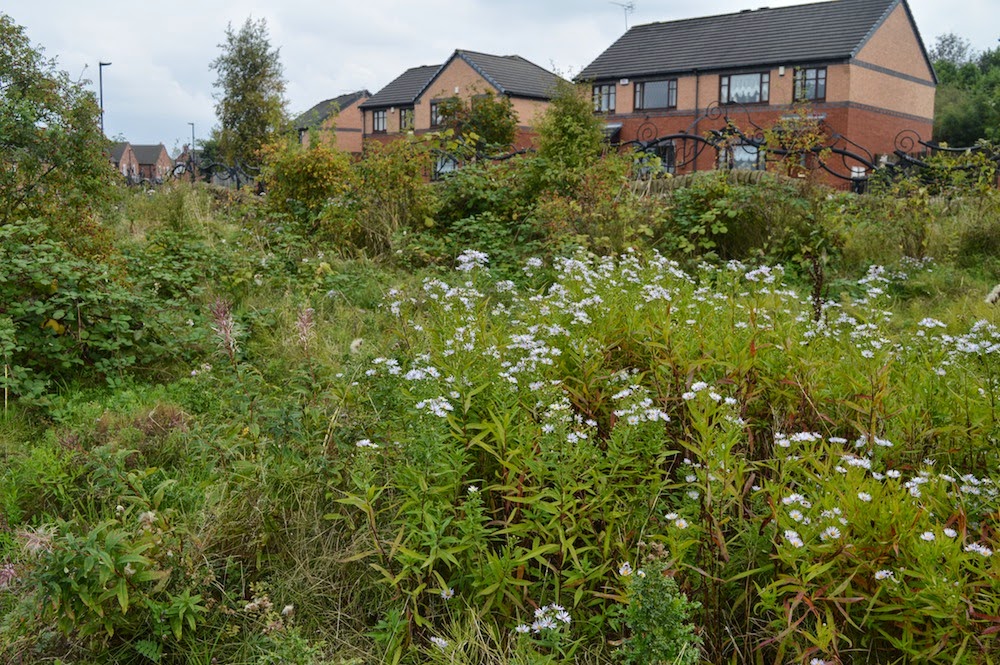 Posted by Noel Kingsbury at 4:25 AM 3 comments: