The garden at Bryansground - better than ever! 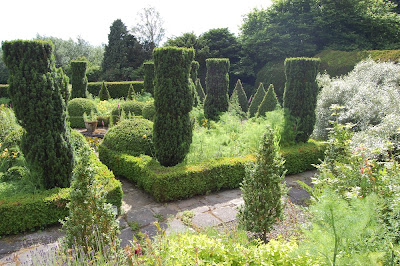 We went to Bryansground the other day for the first time in years. Silly really, as it is only half an hour's drive away. Mind you, they (David Wheeler and Simon Dorrell) of Hortus fame, have never been to us. All too often we don't visit places that are just under our noses. 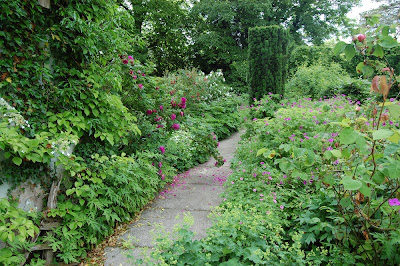 The last time we went it was August and looking distinctly worse for wear. I found Simon's retro-formal design a bit oppressive too. Things have changed in the intervening years. The garden has gotten really wild, but still held within a very formal framework, and so the classical formality feels easier, and better balanced. As Simon says it is the only “formal wild garden” he knows. It really does both at once, a very successful bit of creative tension. Borders burst with self-sowing and spreading geraniums, aquilegias and thalictrums. There does not appear to be too much for later flower, although some Anemone x hybrida have got predictably large and spreading. One major theme added since our last visit though is the junk. A whole array of objets have appeared: some rather classy like a row of gargoyles, some garden-relevant like a huge rusty old lawnmower, but many completely 'inappropriate' such as galvanised corrugated iron sheeting. The impact is surprising, at times almost shocking. Very effective, I loved it. 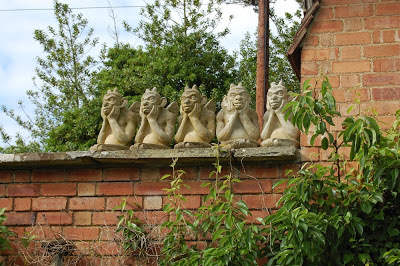 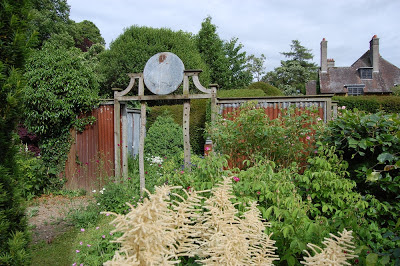 Bryansground has long had a tendency towards the playfully decadent. On earlier visits we had admired the 'sulking house', a gazebo which fronted a sultry border of dark flowers and foliage, and which was decorated with vast bunches of dried flowers. This tendency is now a big part of the garden's appeal, as urns tilt, shrubs lean over pathways making them all but impassable and seeding perennials take over borders. It reminds me of so many formal gardens in a state of decay, but the decay here is clearly meant and is carefully staged; I almost wondered whether the tilting urns were carefully set that way. It's fun, very theatrical, and a feast of discovery. The management is also very skilful. If you haven't already been - go! 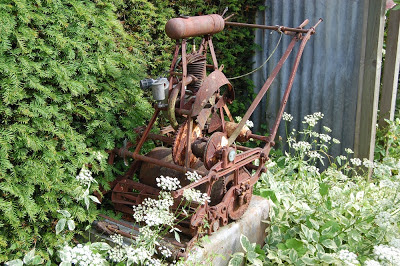 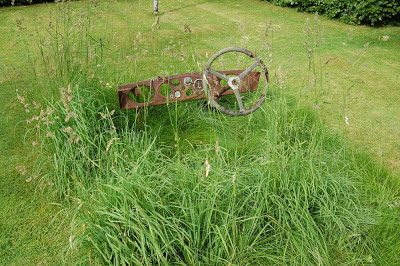 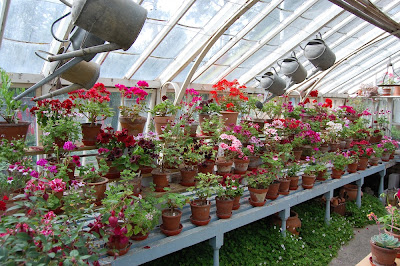 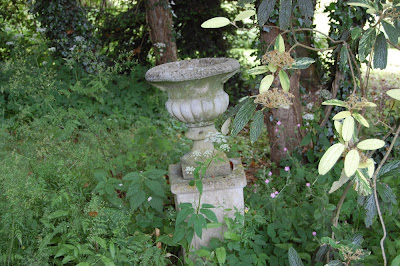 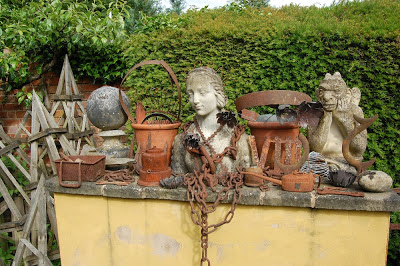 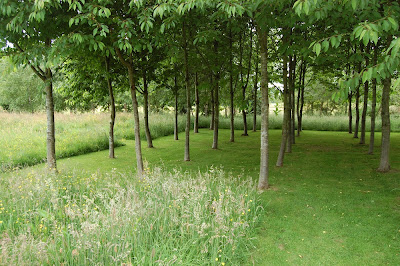 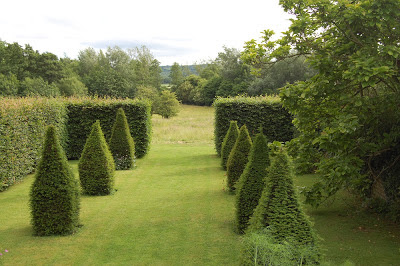 Posted by Noel Kingsbury at 1:36 AM

Bryansground does looks like an interesting garden - I have enjoyed the articles in Hortus from time to time - it feels like they wanted to go all the way with the classic English Edwardian garden, but were suddenly distracted by other thoughts and ideas. I've seen pictures of the irises there before (isn't there a whole field of them somewhere?), but never this kind of intimate ones. I need to get back to Europe soon, it feels like I'm starving for some serious gardening... All the best, Liisa.

I love that concept of playful decadence

Gosh, it must have been a long time since you went last. We have not been for years since but I remember the junk garden. It seems the junk has spread. Not convinced about it from your pics.

Not so sure about the "junk" either but I love the juxtaposition of formality and wildness otherwise.