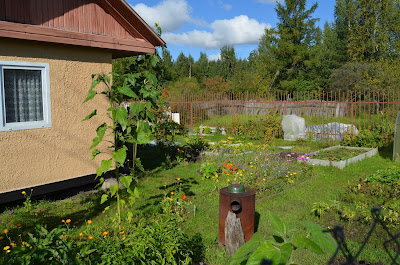 Dachas, second homes or just simple little weekend hideaways are a crucial part of Russian life. Similar in concept to German or Dutch leisure gardens, they are organised in colonies, a place for people to garden, and stay at the weekend. During the Soviet era they were a crucial part of the economy as they allowed people to grow their own fruit and vegetables, either for their own consumption or barter; the family Lada or Moscowitch car might be fixed in exchange for a box of produce. 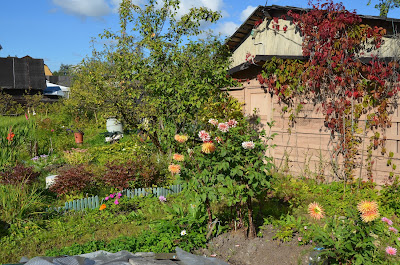 Anna Benn, a garden designer near Bath, who has lived in Russia suggested we take a train out of St. Petersburg to have a look. I don't know whether our colony, near Darskoe Selo station, is typical, but it did rather look as if the traditional dacha garden might be an endangered species. 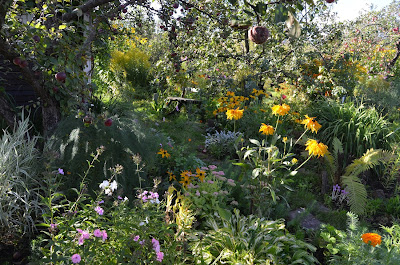 Traditionally, they have looked very much like our idea of a cottage garden: fruit, flowers and veg all in together. During the brief, but warm, Russian summer a lot of growing can happen. Phlox, rudbeckia, helenium and other American-origin perennials do particularly well. Indeed these gardens have proved a useful hunting ground for old pre-WW2 perennial varieties. 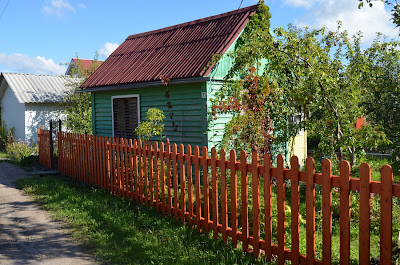 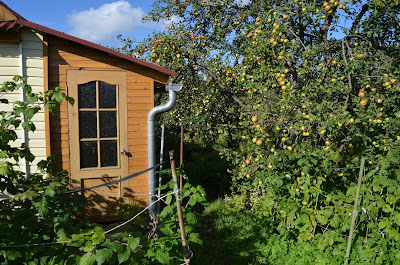 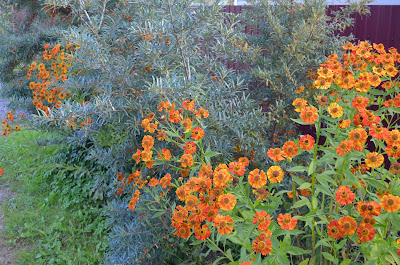 Unconventional fruit is quite common, such as Hippophae rhamnoides (above) grown for its Vitamine C rich berries, and black Aronia berries for jam making 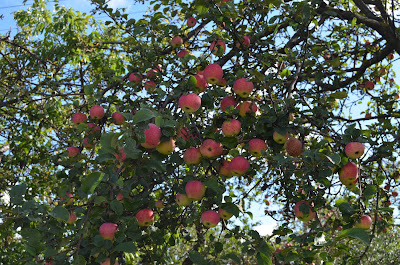 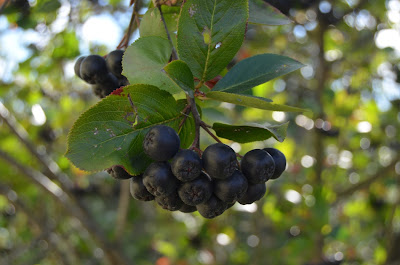 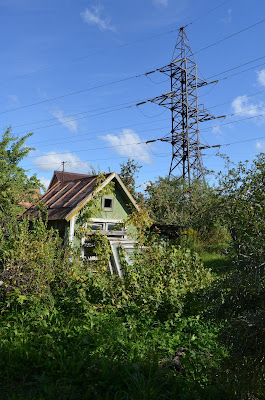 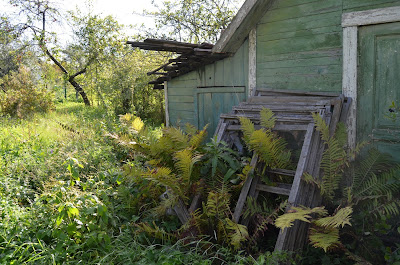 Many dacha gardens are falling into disrepair as the older generation dies or retreats from working these plots. The arrival of shops with things in them to sell (a major innovation in the Russian economy) has meant their usefulness has declined too. More Russians can afford to travel too. 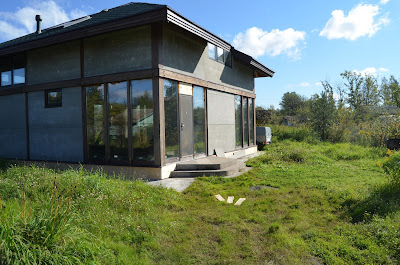 Some people are buying multiple plots and then constructing large houses on them. Eventually a lot will probably go this way. We met a young woman in a smart car, who spoke good English, who was mystified we were there, and not doing the sights in St.Petersburg - her family were building here too. I don't think she'll take up gardening yet.

I read your blog with growing interest. As a German I am obviously a fan of the British gardens, also read the relevant UK glossy garden magazins, but miss there increasingly global view plus ecological aspects.Therefore, I am delighted to read your blog now even about Russian dachas.
Viele Grüße aus dem Berliner Umland
Sisah

Charming pictures of a wonderful tradition. I enjoyed seeing dachas outside all the cities I visited in Kazakhstan as well.

It is hardly surprising dacha gardens, and dachas themselves, might be disappearing. Russian society is changing at a fast pace. It would be a good project for someone to document dacha gardens now before they disappear.

Dear Noel, hopefully the dacha gardening as a tradition may survive for another 10-20 years, as many of its adepts are still healthy and eager to continue gardening in their style. On another hand the split in society is drastical and definetely some gardens will continue to be cottage style, while others may move to purely aesthetical.

What a quaint little green shed shame about the pylon!!

Visted Russia in August 2013. I think you are right about the dachas in Tarskoy Selo - they are so close to St petersburg that if you are lucky enough to have inherited one you will want a city home. But in other parts of the country Dachas are treasured as for many they offer a weekend/ holiday retreat from their apartment blocks.