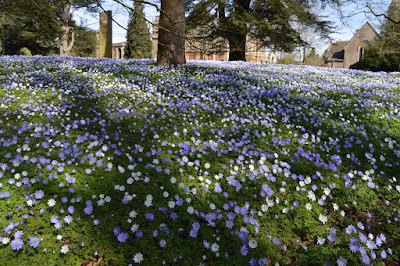 I groan inwardly everytime someone mentions William Robinson and 'The Wild Garden', which he wrote in 1871. His name is all-too often mentioned as if he were some secular saint – such as the 'father' of ecological planting.

I'm minded to write about Robinson as over the weekend we were at the very successful Gardens Illustrated magazine Festival at Westonbirt School – once the house of which the famous arboretum was the garden. People kept on mentioning “the anemones... you've got to go and see the anemones”. So off we went to see the anemones. We were greeted by one of the most spectacular spring flower naturalisings I have ever seen. Anemone blanda in various shades of blue, as well as white over a very extensive area in grass under a high tree canopy. Kerzillions of them!

I have seen this before, on a much smaller scale, at Bryans Ground garden in Herefordshire, where they could not have been there for much more than 20 years – interestingly I seem to remember the same blue to white colour palette. The Westonbirt plants must have been there decades, and in fact I suspect since the early 20th century. The species is one of those, very similar to our native A. nemorosa, which do naturalise in humus-rich soils in light shade, but take their time over it. Once established however, they seem to take off at quite a rate - it was obvious that there were seedlings in the grass around the main clump. The key thing is that grass growth is light and weak – suffering competition from the shade of the tree and from its roots, and making it easier for anemones to flourish. Primroses, cyclamen and small bulbs like chionodoxas can naturalise in this situation too.
This wonderful display can probably be traced back to the ideas of William Robinson, a prolific garden writer of the late 19th and early 20th century. The idea of naturalising bulbs is one of the many ideas he puts forward in his book The Wild Garden. It certainly worked for daffodils, which take off in grass amazingly well, although to be fair it could have been Gertrude Jekyll who thought of this idea. The lifespans of these garden greats overlapped, and they were friends from the 1870s onwards.
Not much else of Robinson's ideas in The Wild Garden have had such success, although it is worth mentioning two others which have taken off: Japanese Knotweed and Giant Hogweed. “Magnificent” landscape plants, according to him. Which indeed they are. Except that we now know more about them. The truth of the matter is that in the late 19th century there was no understanding of what we would now call 'ecology' or that non-native plants might spread and become problems. The idea of the 'invasive alien' would have been, well – alien! 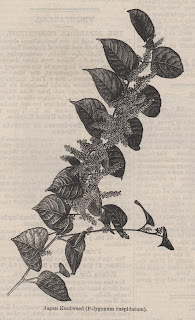 Robinson suggested planting garden plants in wild surroundings and watching native species and exotic one mingle and spread. Very few did. British grass, whose photosynthetic maximum efficiency is achieved at below 10C, suffocates most interlopers very quickly, which is why we do not have much of a problem with invasive aliens. This is not something Robinson would have understood. Most of what he must have planted out, or which others planted out at his behest, must have disappeared pretty quickly.

Robinson wrote The Wild Garden at a time when he was doing an amazing amount of writing, on many different aspects of gardening. He wrote it as a polemic, not as a result of experience. He wrote it without really knowing what he was talking about in other words. His rhetorical style however still fires people up, at the Westonbirt event I mentioned, a member of the audience reported how he had been greatly inspired by reading him. There isn't necessarily a contradiction here, a lot of radical ideas have a hare-brained content and a workable content - it is up to the pragmatists, experimenters and 'doer's to see what works and what doesn't. 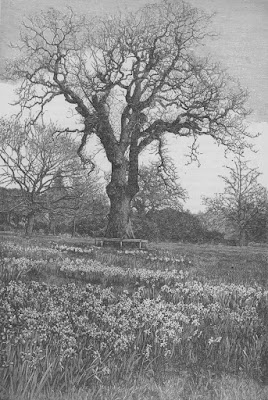 Robinson was a bombastic character who got into terrible rows with other writers, although sometimes I think these were deliberately stoked up, like the one with Reginald Blomfield over formal gardens. He denounced bedding plants in no uncertain terms but in fact never stopped using them himself. He comes across as someone who jumped on and off his soapbox to sell his magazine and books and well aware of the power of publicity. Like many such people, he did a great deal to move things forward, shake up complacent thinking and challenge received wisdom. His prescriptions however were often contradictory and not necessarily what we would today call 'evidence-based'. Take him with a pinch of salt in other words. 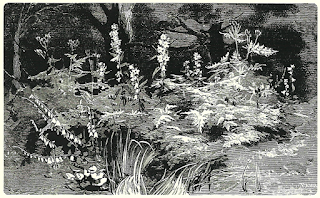 IN THE UK?
COME TO ONE OF THE 2017 SEASON OF
GARDEN MASTERCLASSES

NOT IN THE UK?
Fly in specially...you won't regret it!

This was a great post! Loved reading it. I couldn't agree more with you, Robinson really was somewhat a character, and you can either love him or hate him..

Perhaps his success at Gravetye was partly due to having Ernest Markham as head gardener.

We in the northeastern US would cheerfully lynch William Robinson, were he alive today, after battling Japanease Knotweed in our gardens! Too bad we didn't have a better understanding of science and ecology in the past.

Regarding invasive exotics... not so very long ago many garden writers were still lauding Ailanthus altissima, the Tree of Heaven.
We've had a couple huge ones taken out but still find volunteers coming up on our .5 acre in Vancouver WA.(USA)