A walk in the (Mexican) woods.


Mexico has incredible biodiversity, with the state of Oaxaca having 60% of the country's higher plant species - some 6,500, that's four times the plant biodiversity of Britain. And its safe and very well organised for trekking. 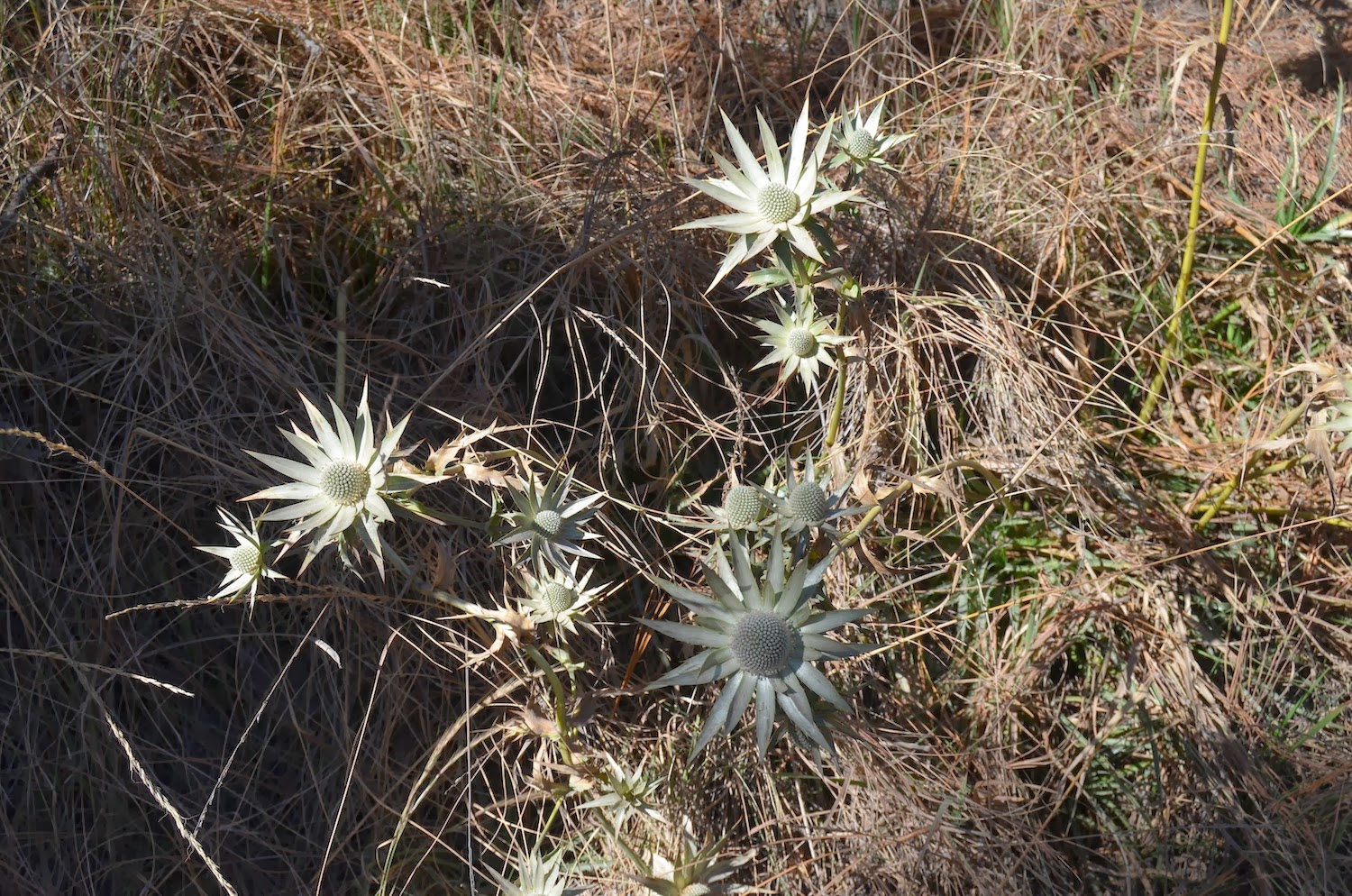 An Eryngium - a classic Mexican genus - their biodiversity starts to get good here and carries on right down to Argentina. 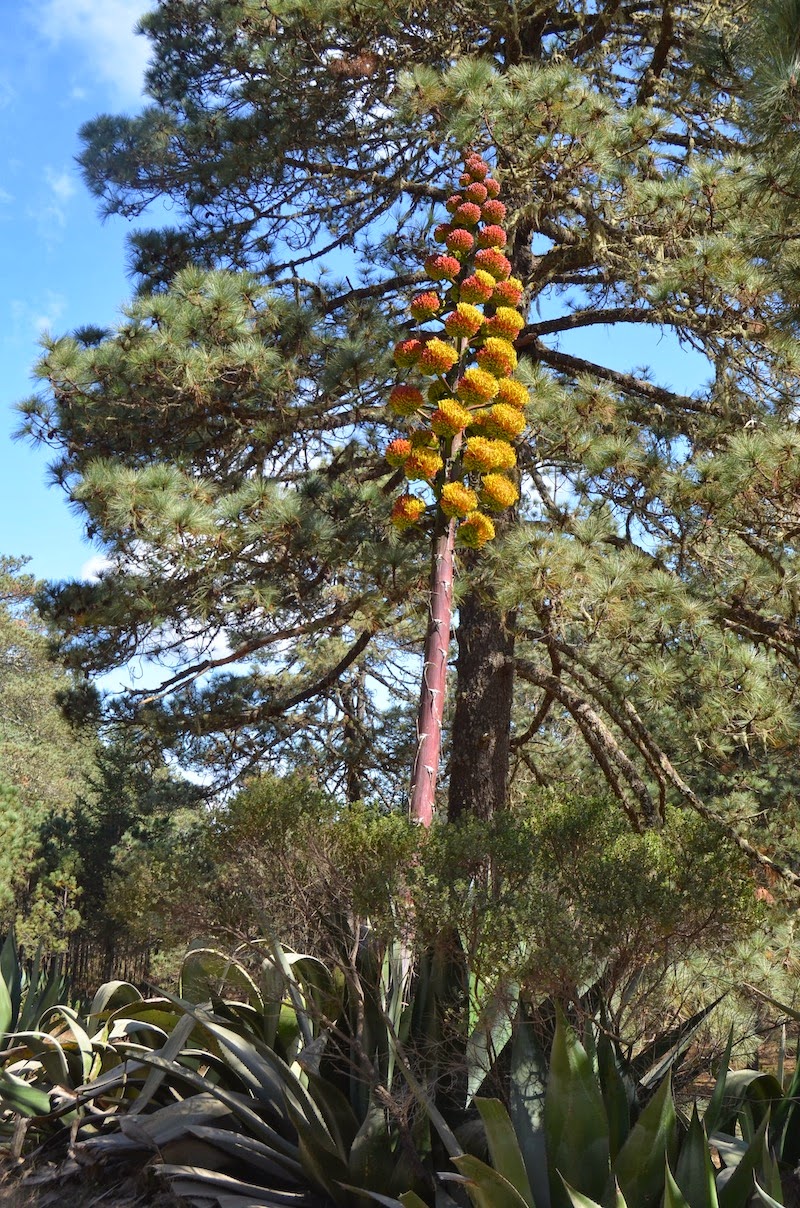 We went with Tierraventura, a long-established eco-tourism company in the region, the pueblos mancomunados which is a unique co-operation between 8 indigenous (Zapotec) villages to promote rural development and eco-tourism. 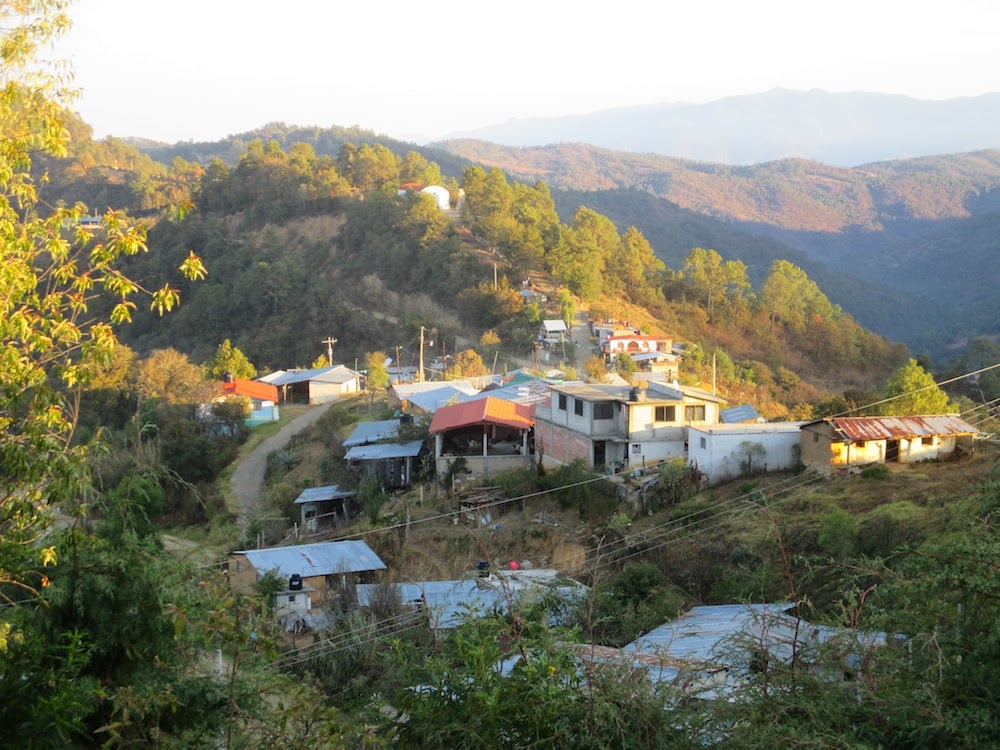 Latuvi, where we stayed overnight. Isolated but clearly going places. Mexico's indigenous people are finally catching up. Their strong sense of community self-help counts for a lot, indeed there is a lot going on here which the rest of us could learn from. Many of the social problems which plague other parts of the country seem absent.
Agaves are very much part of the landscape and used for a kind of crude hedging along roads. 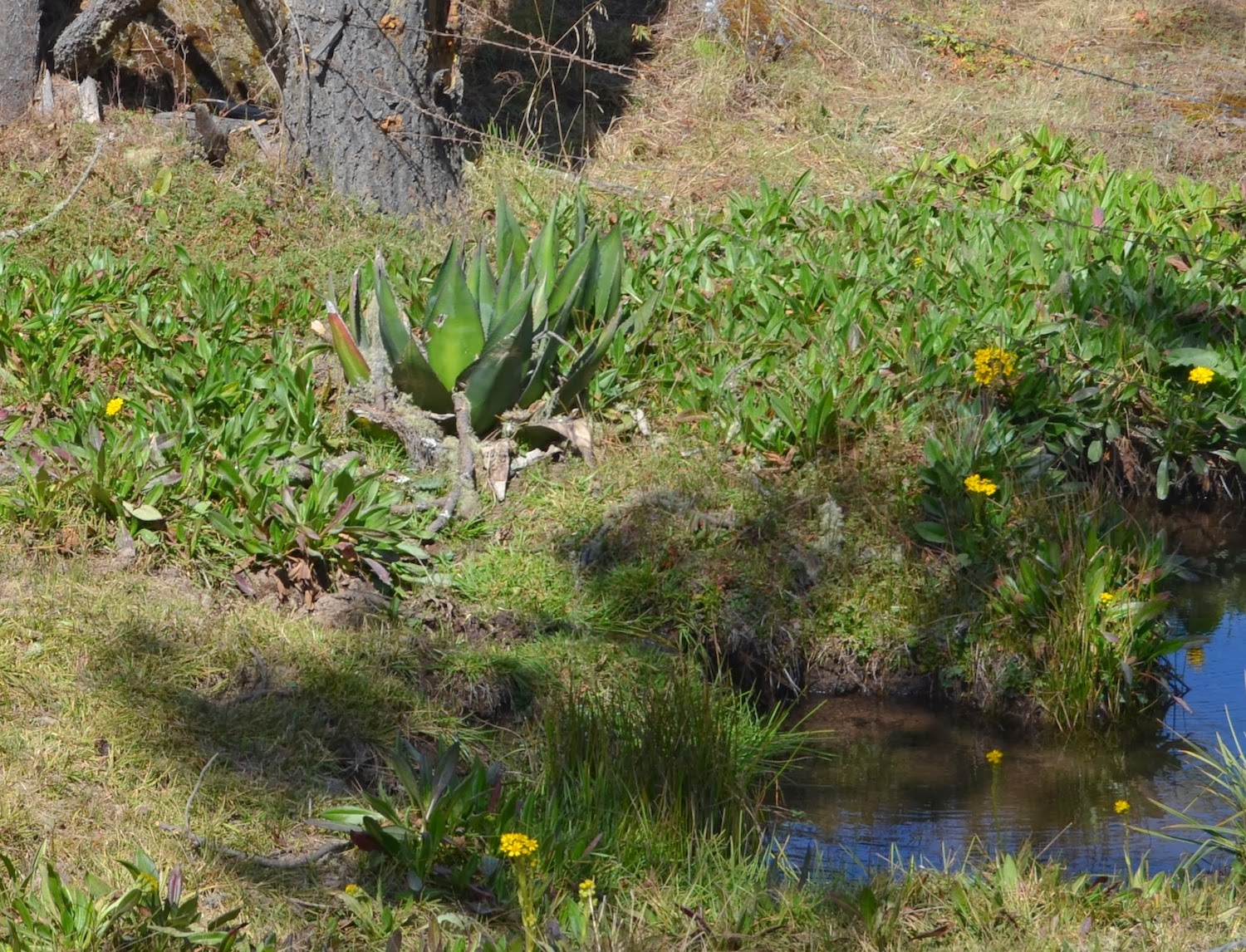 They don't need dry conditions, sneaking up to the water when they can! 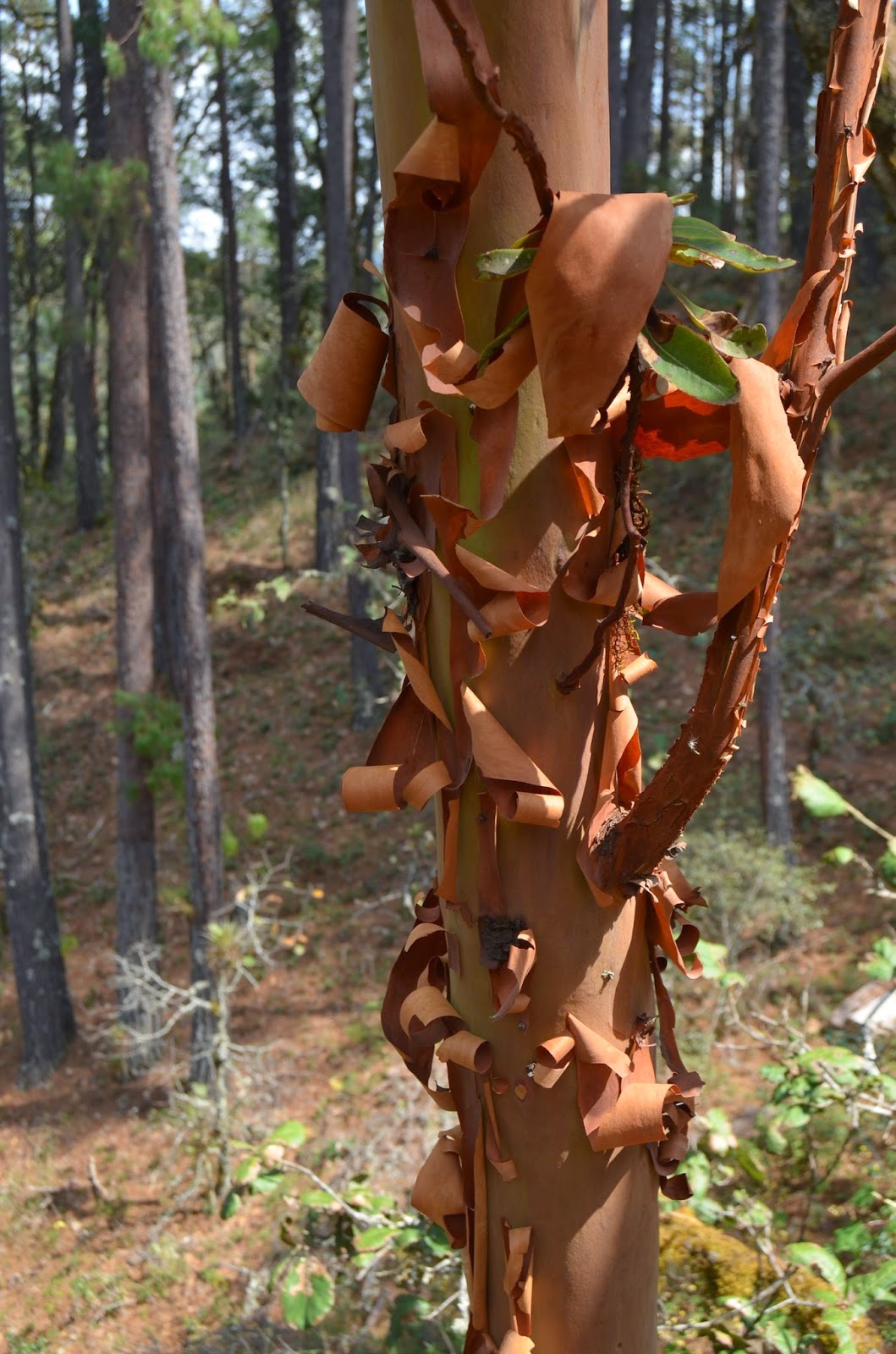 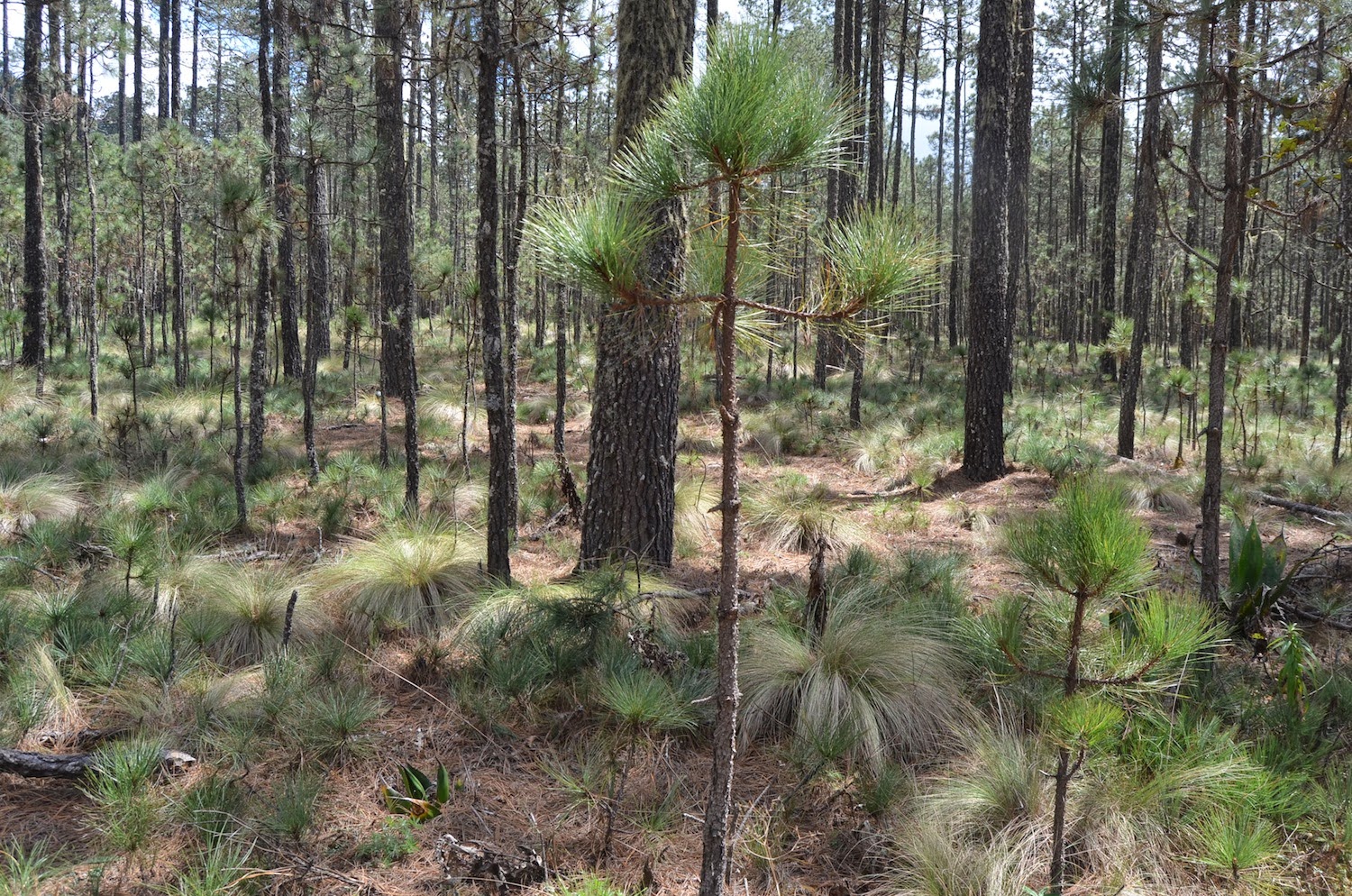 Doesn't this remind you of Deep South longleaf pine and wiregrass? According to our guides it is not a fire-mediated plant community however. The interesting news is that all this young pine is re-afforestation as the area used to be used for potato growing. 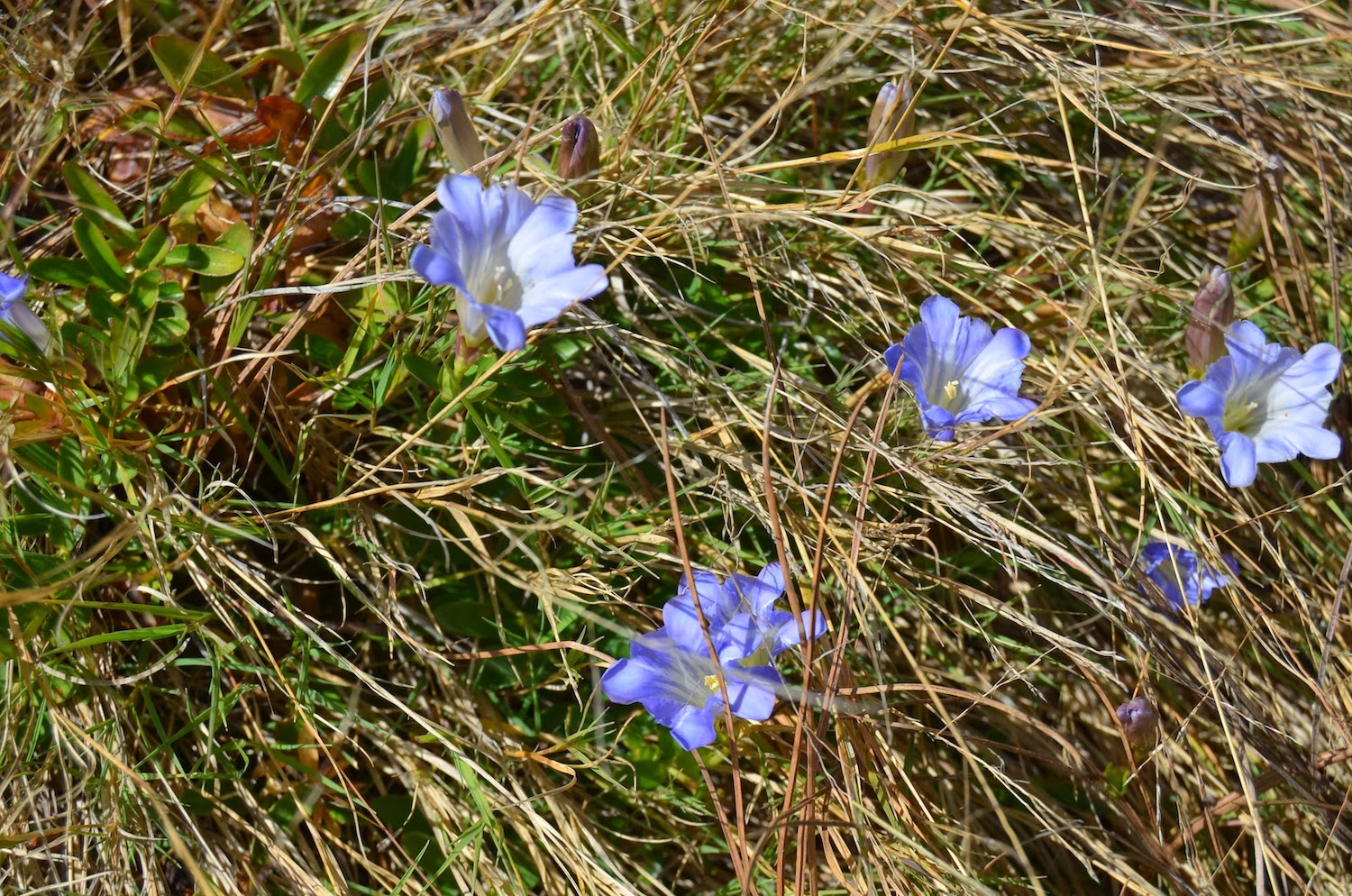 Gentians! Just like Switzerland, but much paler. Later we found another gentian species. 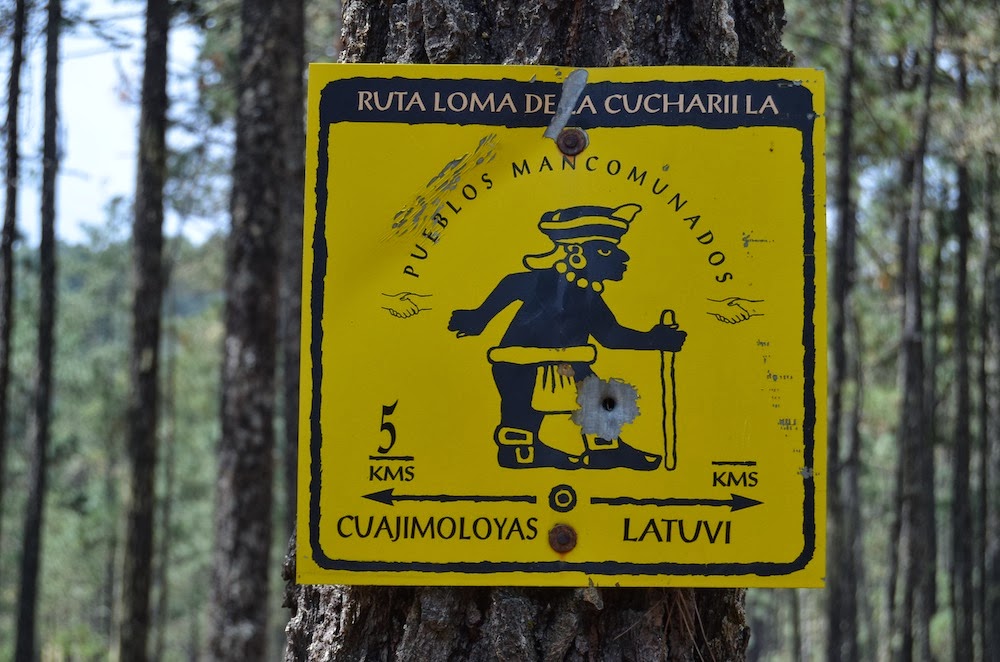 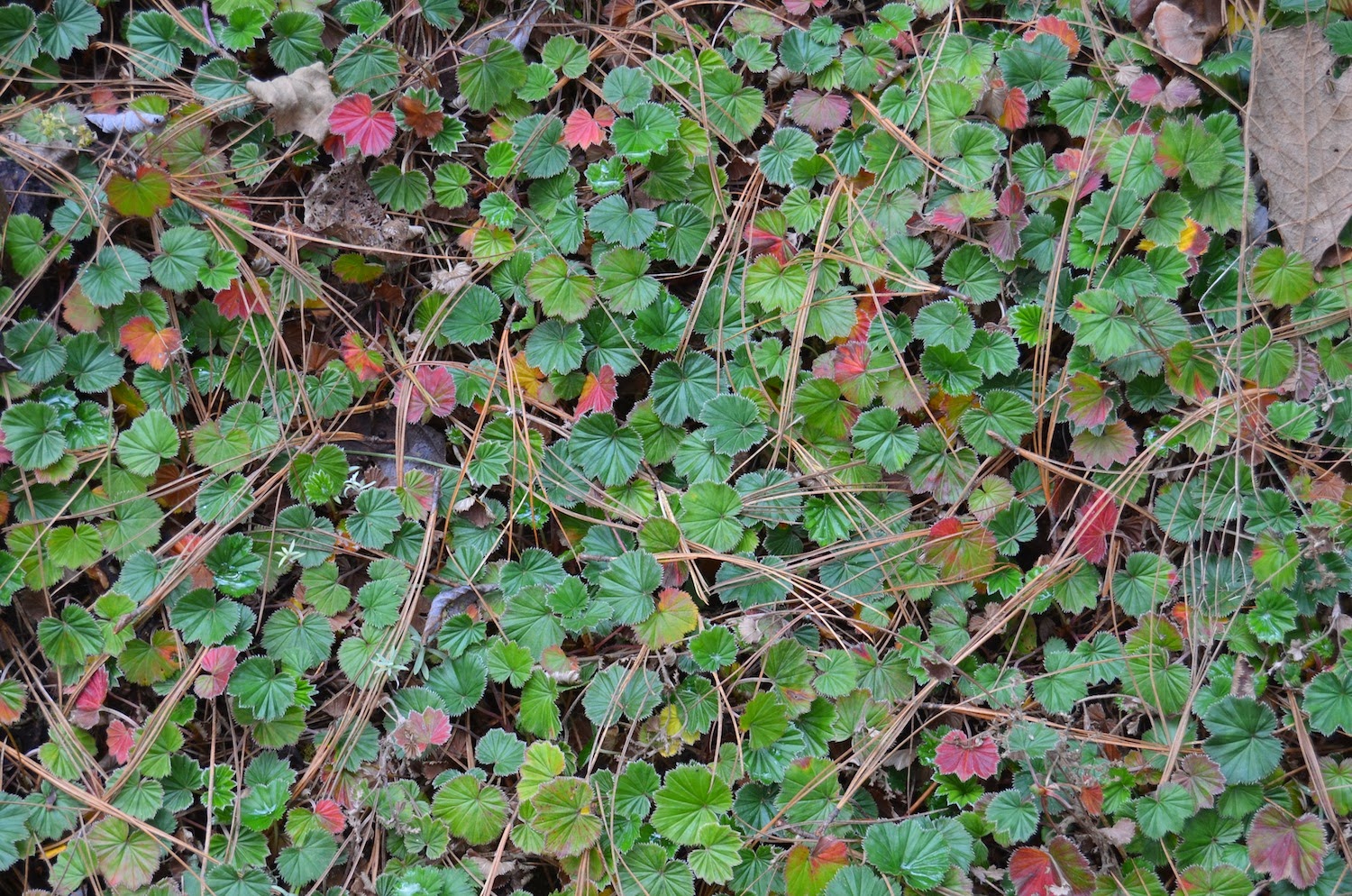 Saw a lot of this little alchemilla. I never realised that the genus exists in the New World. 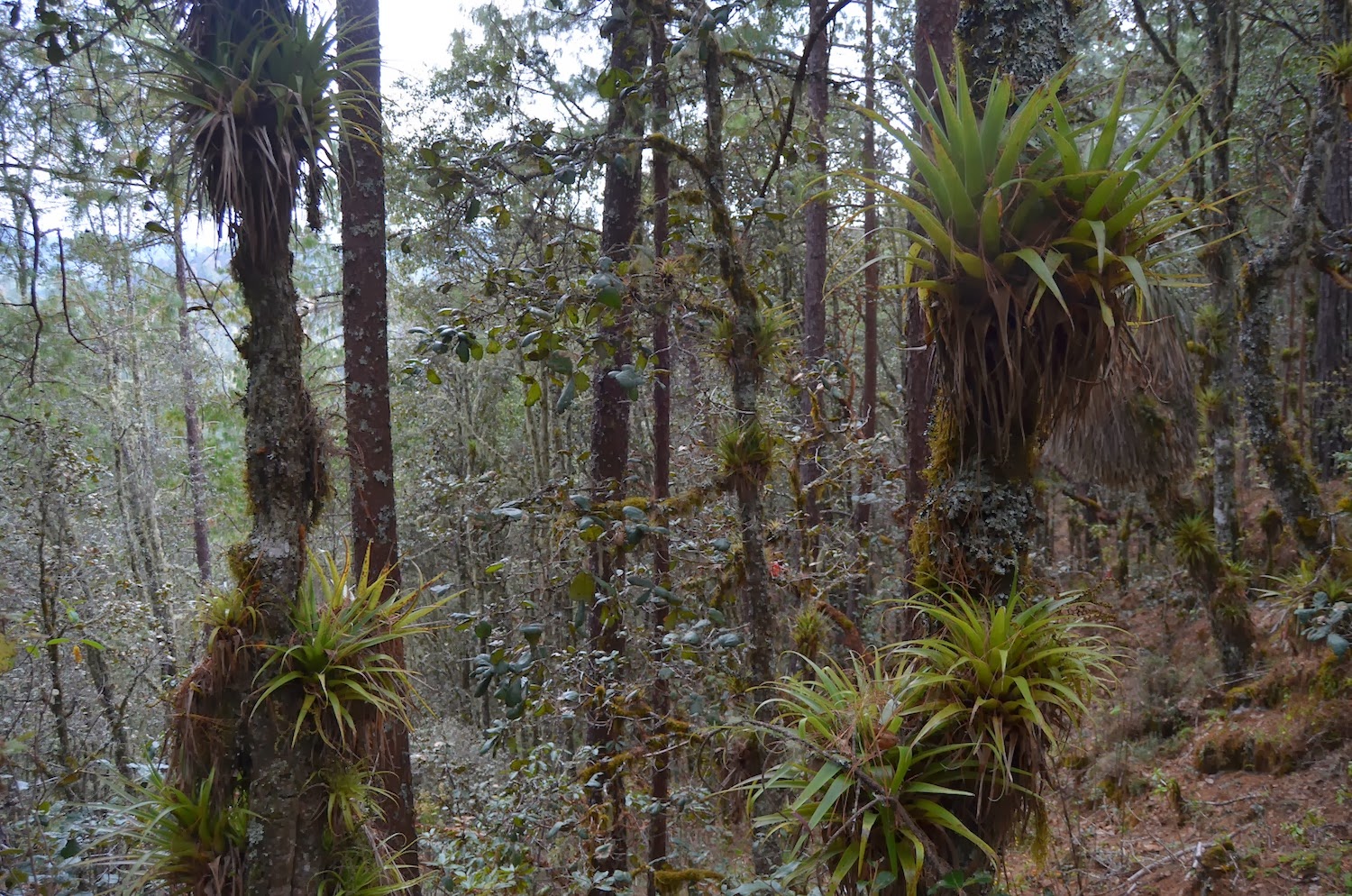 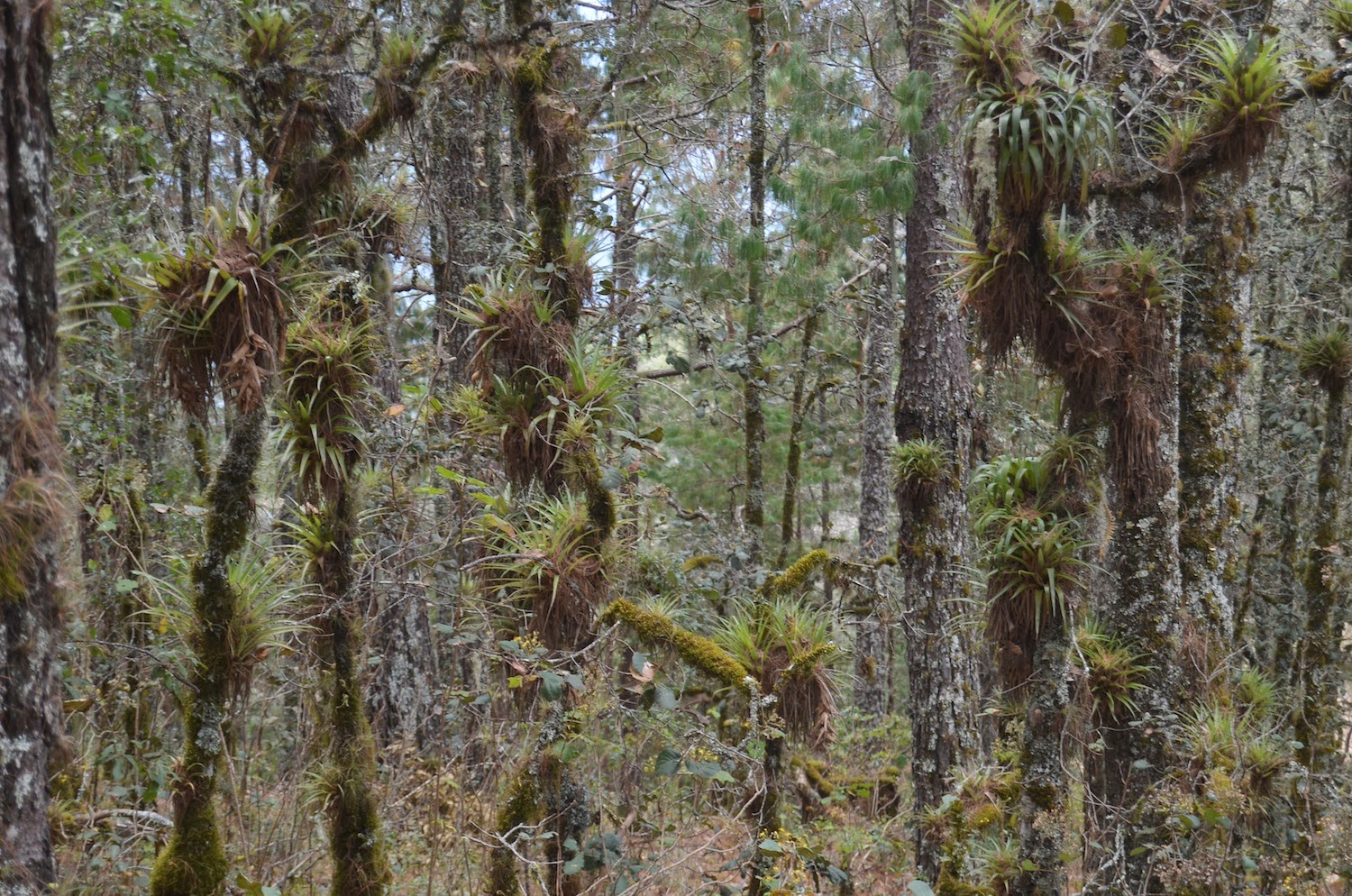 Epiphytes are what make this trip. Huge numbers especially on west facing tops of slopes or escarpments where humid air is forced up. 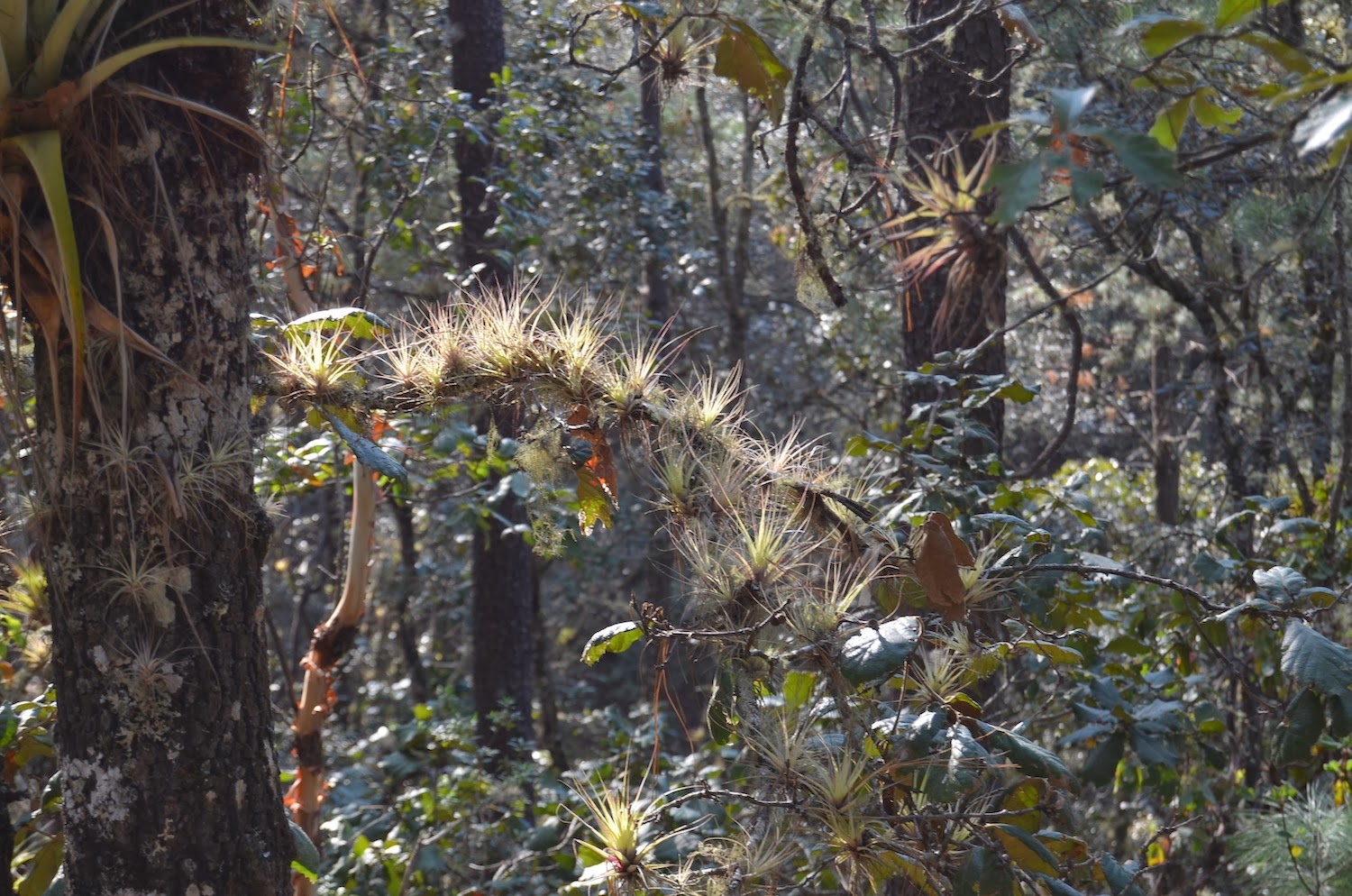 A Tillandsia species, sitting on a twig like birds on a cable. Distribution varies, some species dominate in some locations, but then are replaced by others a few kms further on. 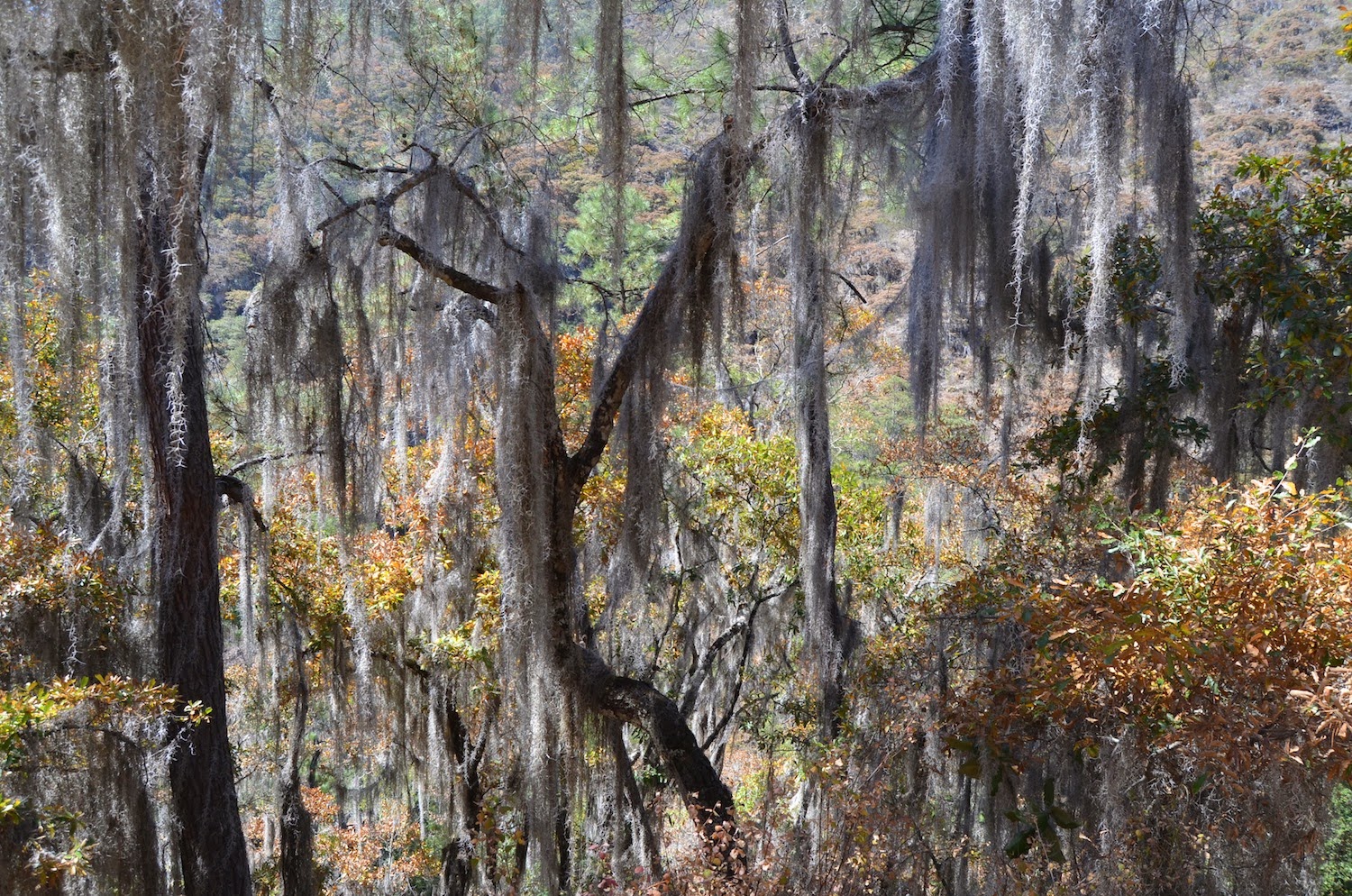 Surely one of the strangest and most specialised of flowering plants, Spanish moss is neither Spanish nor a moss so lets stick to calling it Tillandsia usneoides. 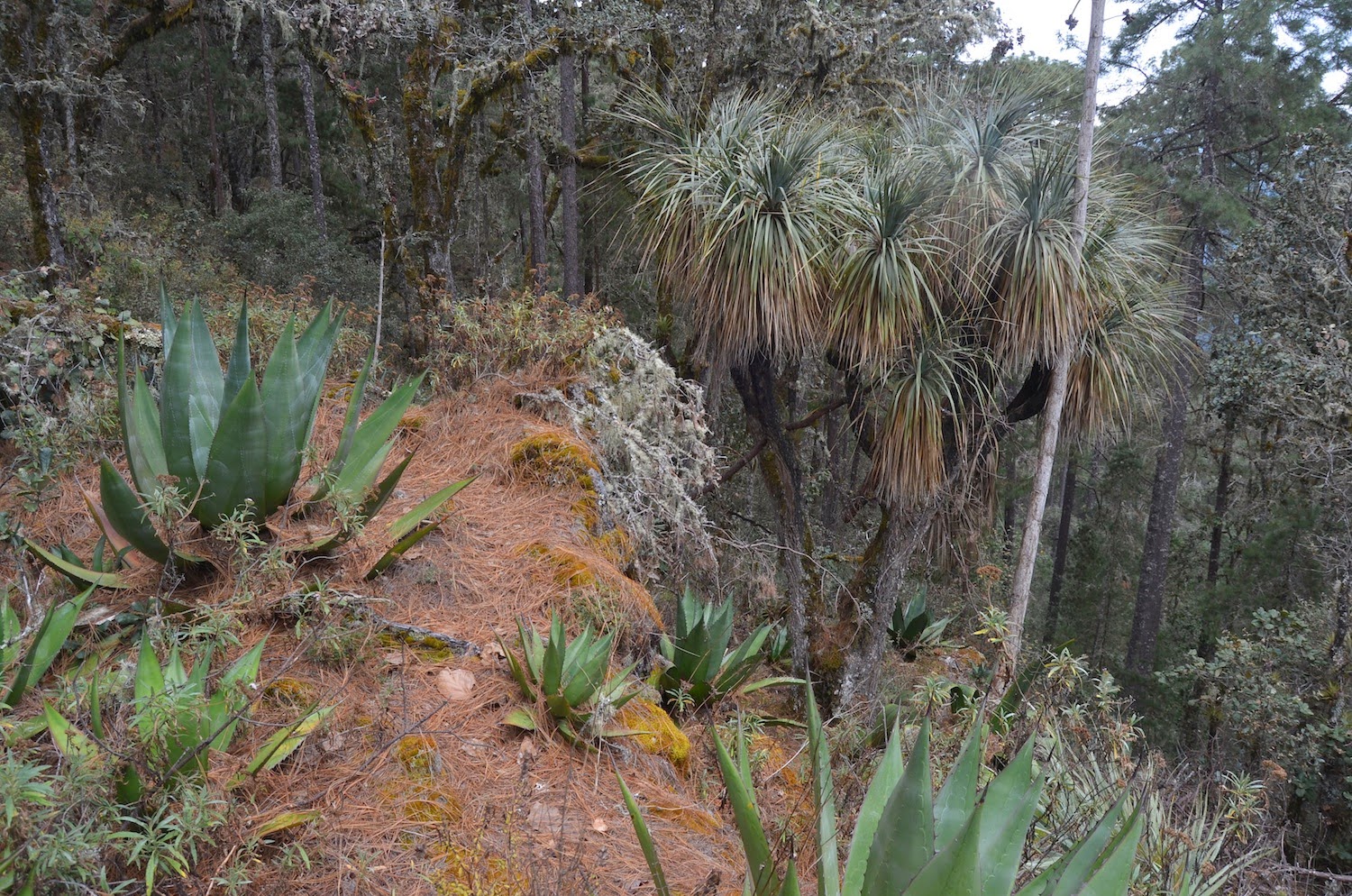 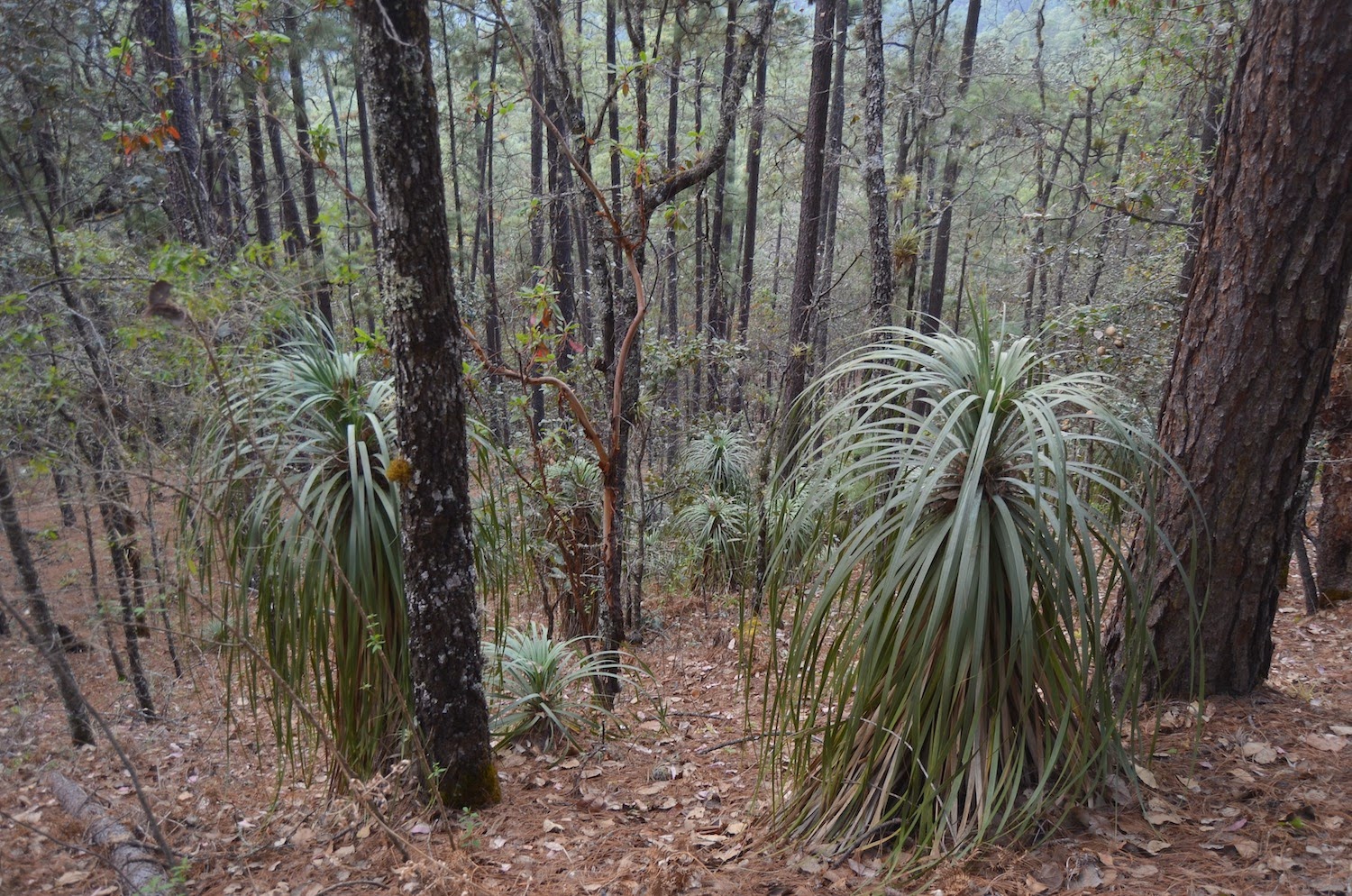 Cordyline/Dracaena/Yucca relatives, not sure of identity look surreal in woodland, as do agaves, but that is how they grow. I am reminded of Philip Brown's planting of cordyline and phormium in native woodland at Portmeirion in North Wales. We tend not to think of these as woodland plants but why not? Some orchids, ID? on damp rock, later we saw some on trees, mostly older trees. 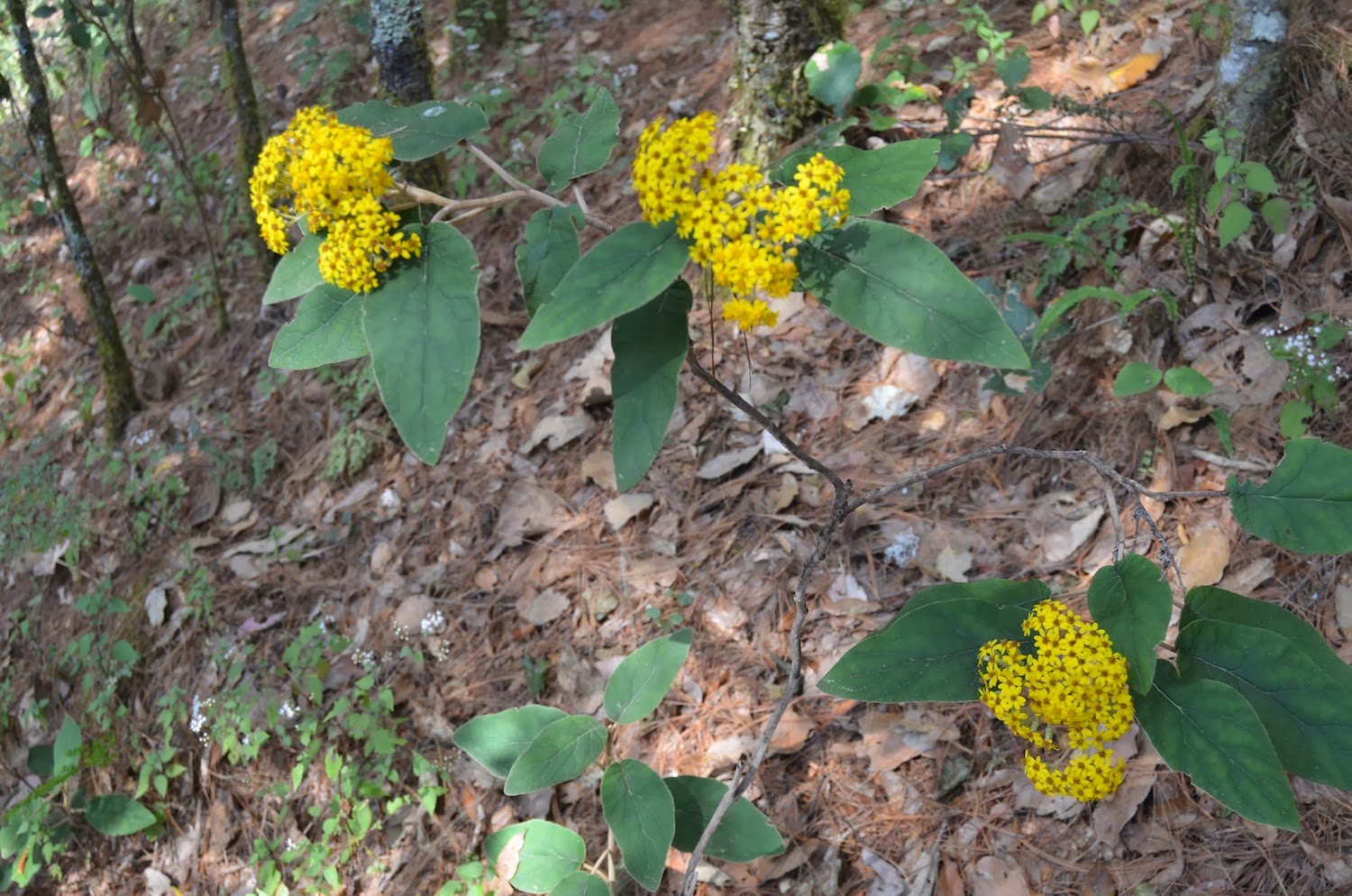 Always intriguing to see which plant families dominate an unfamiliar area. Mexico is famous for Salvia - we saw quite a few but this was the dry season so they were not very prominent. Also many and this is true of a lot of shrubs here are messy gappy plants in the wild, often in shade (the sun is very strong) and do not make much impact. A lot of shrubby Asteraceae, which we are not familiar with at all, Many would make good plants for horticulture in areas which get only light frosts. 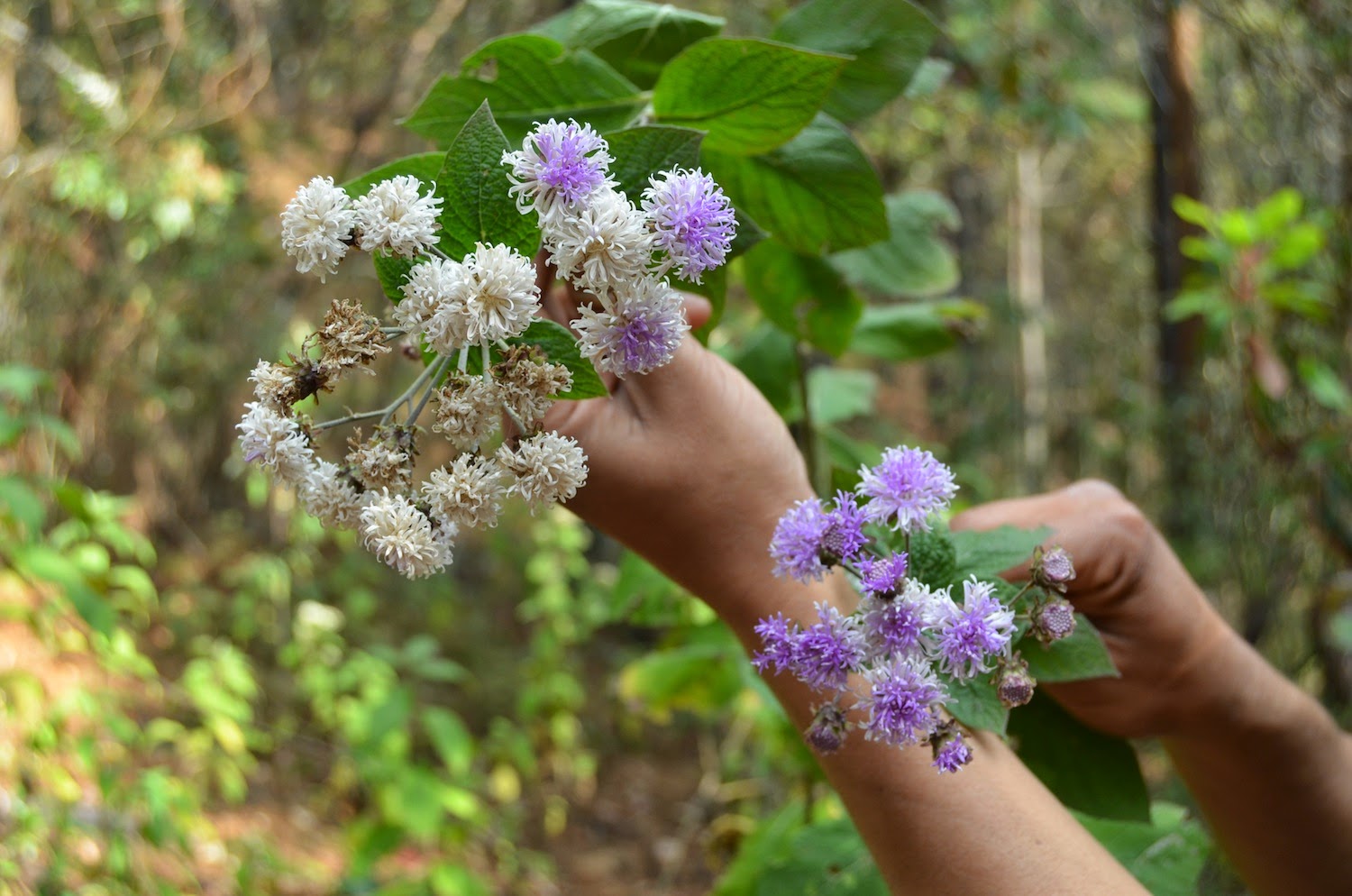 Interesting to see shrubby species of general familiar as herbaceous in North America, like this gorgeous Vernonia, from which i did get seed :) . It fades to white from mauve. 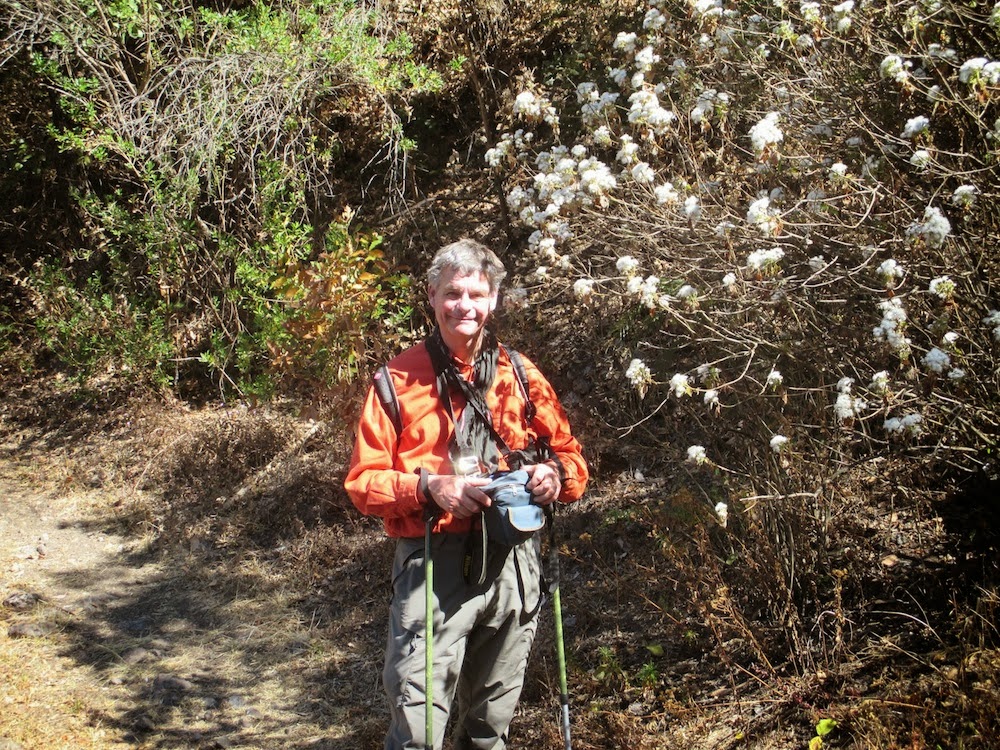 Lots of shrubby Ageratina (a group of formerly Eupatorium). this one was out in the sun and had lost its leaves but it made a great impact and a reminder that in the right place they can form nicely shaped shrubs. We have A. ligustrinum in cultivation in milder parts of Britain, but there are others here. Would be good for autumn flower. Notice the warm shirt, as it starts off jolly cold at 3000m +. 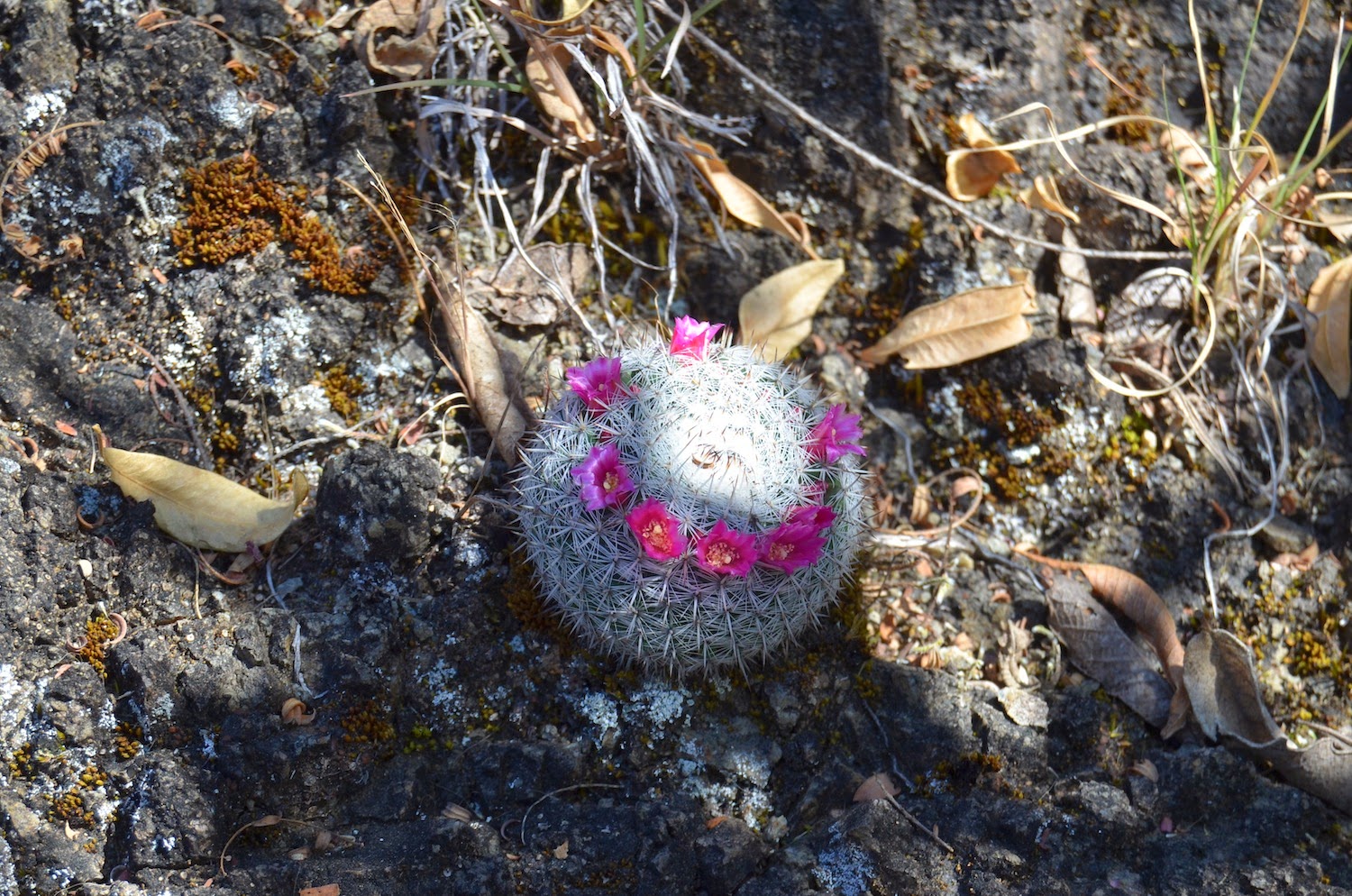 Finally the cacti, of which we saw a lot on rock outcrops on the last part of our two day trek, the most uphill and hottest part, often on rock outcrops and sometimes in company with ferns - the fern flora here has many species which die right back in the dry season.

If you like my blog, why not check out my e-books, which are round-ups of some writing I did for Hortus magazine back in the early 2000s, along with an interview with the amazing Beth Chatto. You can read them on Kindle, or Kindle packages for smartphones or the computer. You can find them on my Amazon page here. You will also find my soap opera for gardeners - currently running at eight episodes.

Great piece, Noel. I've toured around Oaxaca too. Amazing cactus at the sides of the roads!

People shouldn't be so scared of going to Mexico.

Complete deja vu. I did that same trip up into the Sierra Norte a couple of years back – staying up in the Zapotec villages. The lupines were in flower and it was an extraordinary place to hike at 3000m – with cliffside views looking out to the clouds below. The agaves were positively surreal – great to hear you made it there – and Oaxaca too I imagine.

These orchids are Rynchostele cervantesii. White and pink forms in the same place. Beautifull.

These orchids are Rhynchostele cervantesii. White and Pink forms in the same place. It's beautifull. And the bromeliads amazing and dramatic landscape.

These orchids are Rhynchostele cervantesii. White and Pink forms in the same place. It's beautifull. And the bromeliads amazing and dramatic landscape.