A holiday in Mexico, driven from England by the endless rain. Can't really afford it, but essential for our sanity! I've been twice before, but in a work capacity. So, nice to explore an extraordinarily colourful and vibrant country, with immense cultural richness - although if you keep up with the news you realise also that this is a deeply troubled country too. It has fantastic biodiversity, which needless to say, faces all sorts of threats, although opinion polls show Mexicans to be very supportive of conservation and environmental policies.

In Chiapas, the main problem is poor farmers, driven mostly by population increase, clearing forest to farm, although a lot of the land is very steep. A problem exacerbated by the social divisions created by fundamentalist christians (missionaries funded by US churches who turn people, especially kids against their native culture), who then go off and form their own separate communities, which need yet more land. Trees are felled and the orchids, ferns and bromeliads that make up the very rich epiphyte communities in the branches are burned. 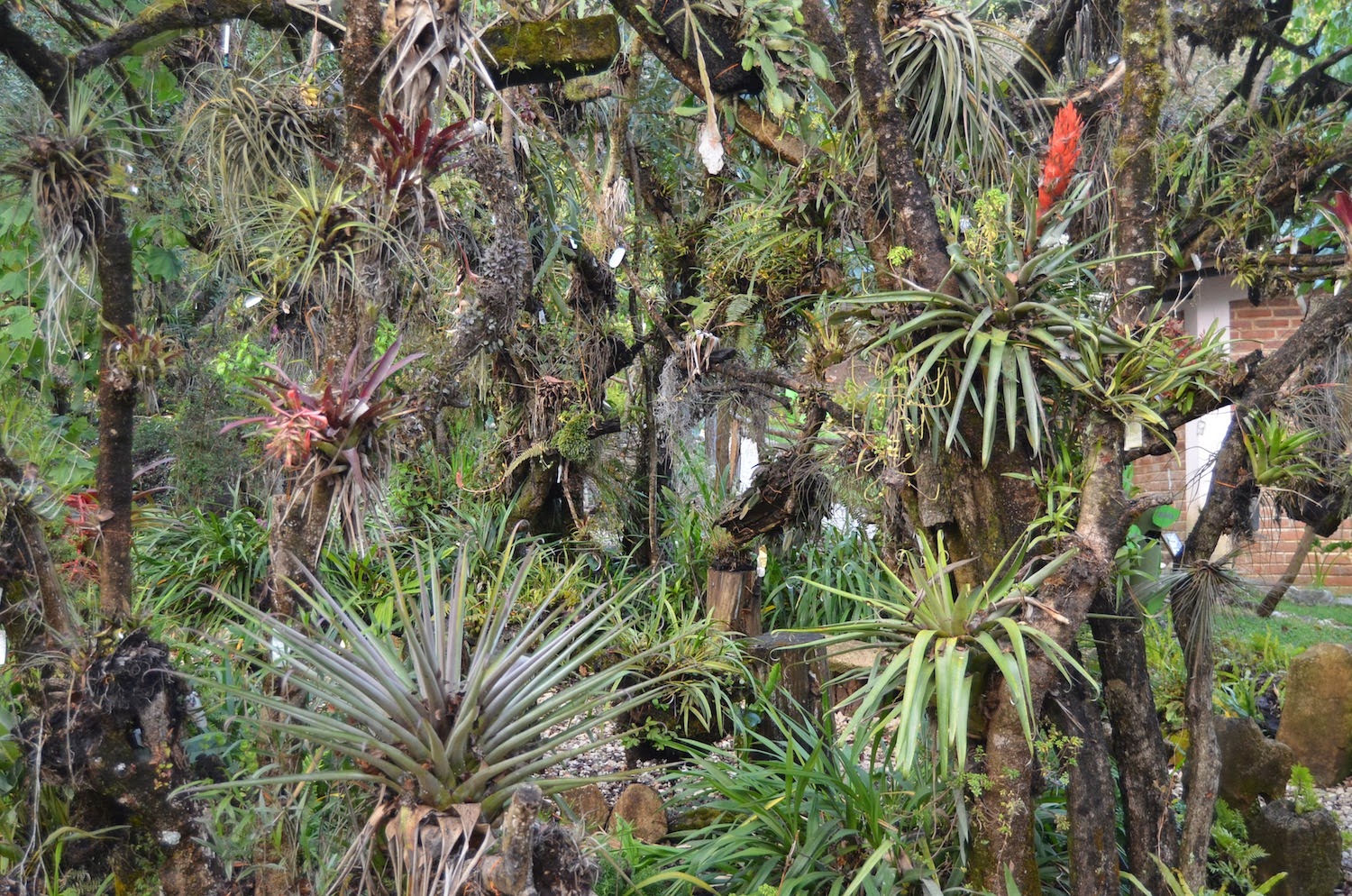 After having seen the damage caused by the development of one such village, an American living in Mexico, Craig Dietz, known as 'Cisco' rescued a load of plants and set up a plant rescue mission. His work, all over Chiapas state has provided a lot of useful data for the academic botanists who rarely get out. Local environmental organisations have linked with him - his 'Orquidario Moxviquil' - essentially a privately run botanic garden, is a great focus for their work and publicising what they do. 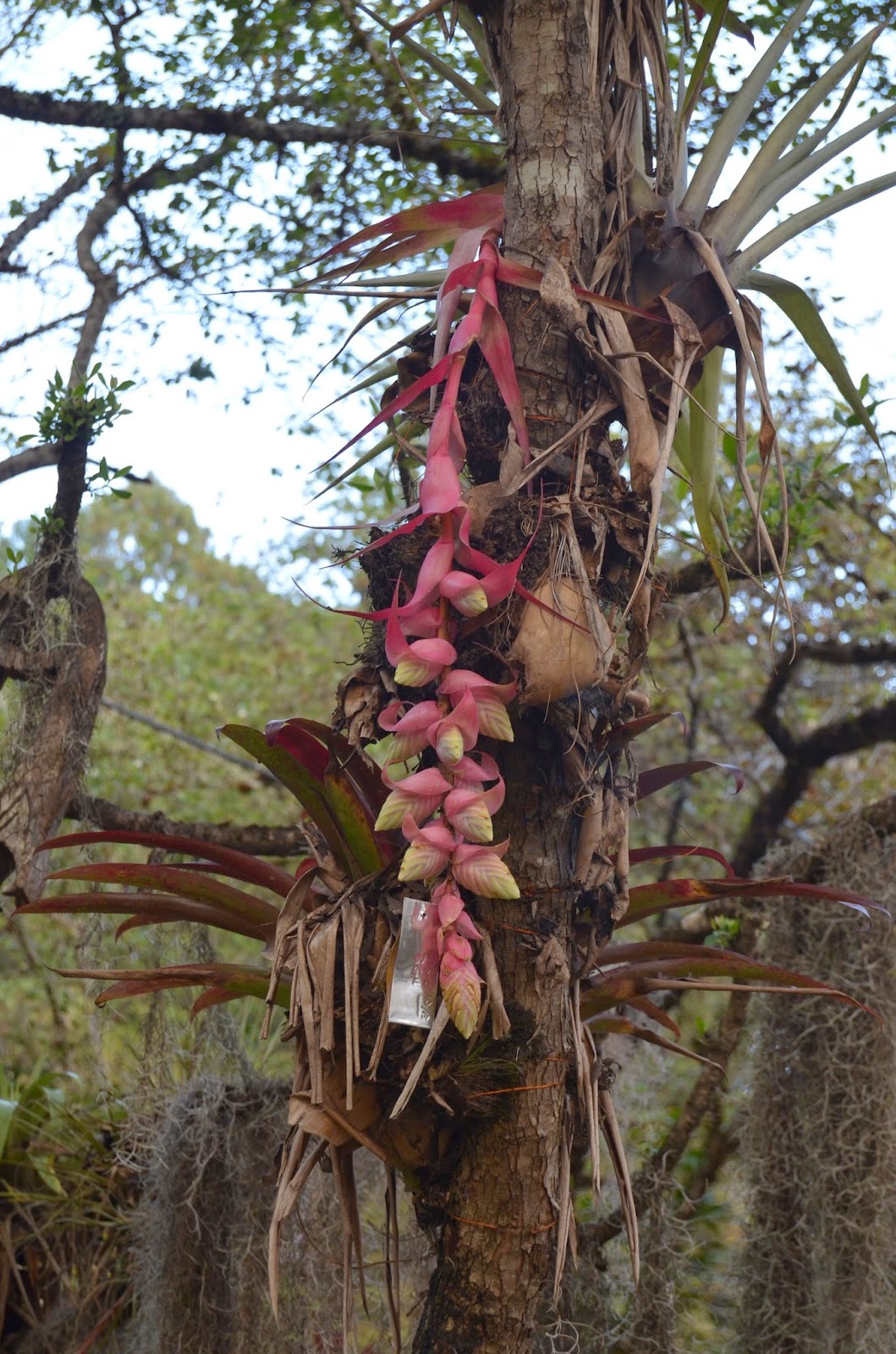 One of the spectacular tillandsias whose flower spike takes two years to grow, and suffers from being very popular for church and shrine decoration - creation threatened by religion! One of the things Cisco does is to encourage people in the villages to do their own plant rescue and grow epiphytes themselves. 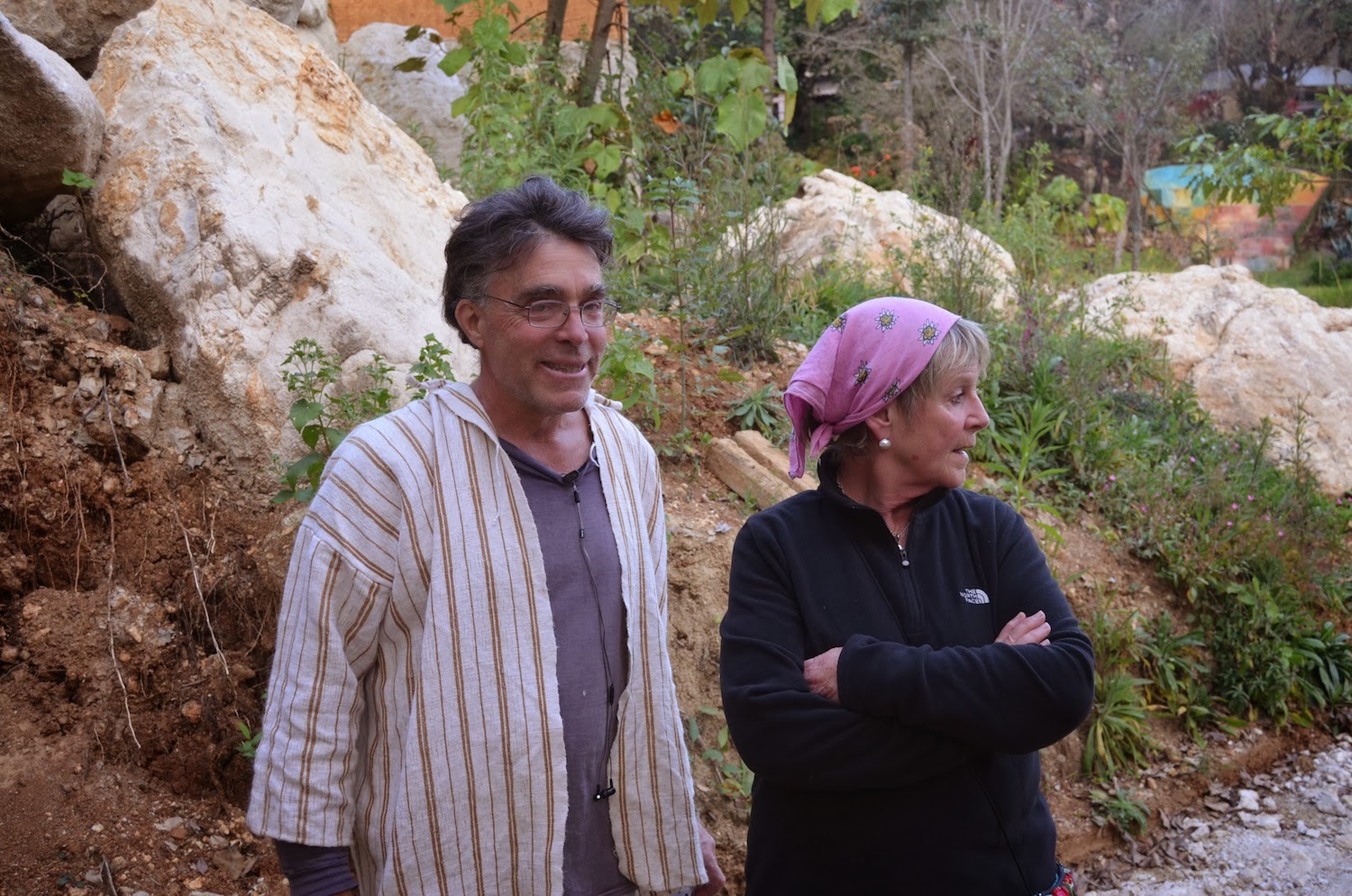 Cisco, with Jo. He is one of those amazing guys, an old California hippy of course, who is just doing such important work, and seemingly achieving a lot, that makes the rest of us feel inadequate. 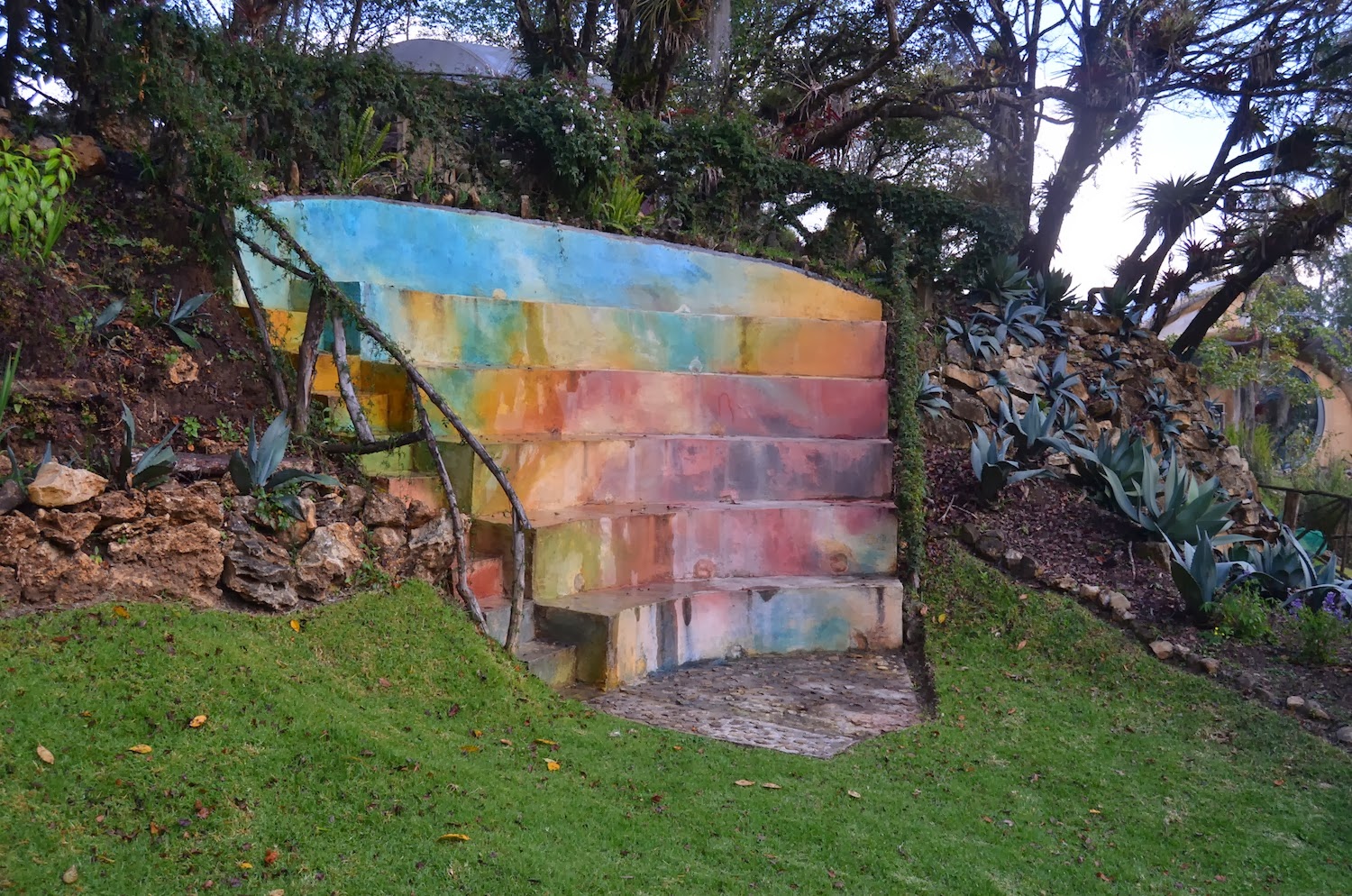 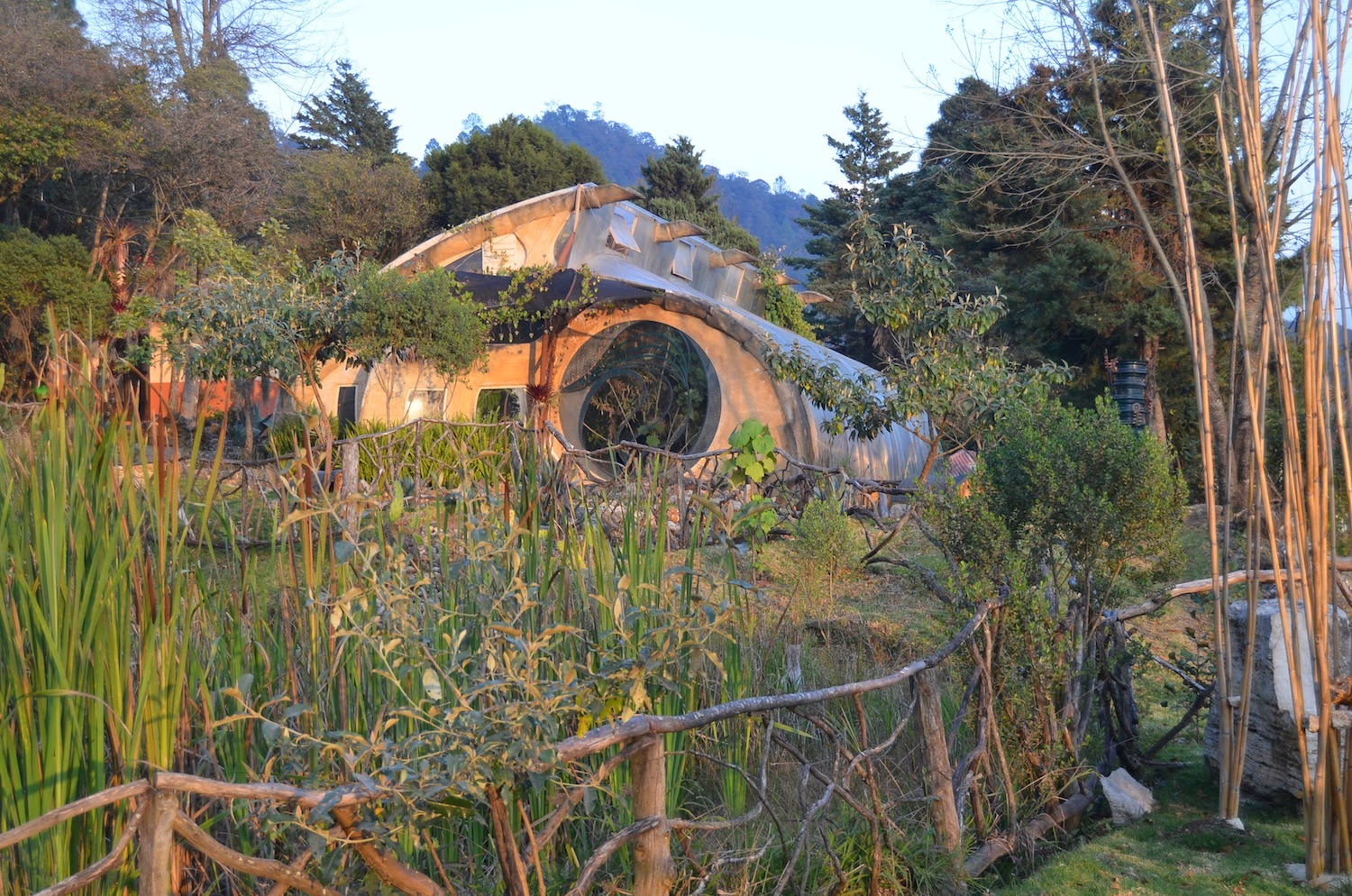 There are some wonderful whacky structures around the place, such as an amphitheatre for school parties and a greenhouse for the plants from lower down in Chiapas that cannot take the minus 3 temperatures which you can get in San Cristobal de las Casas. He's now got funding from the Mexican government for a massive new house for lower altitude plants too. 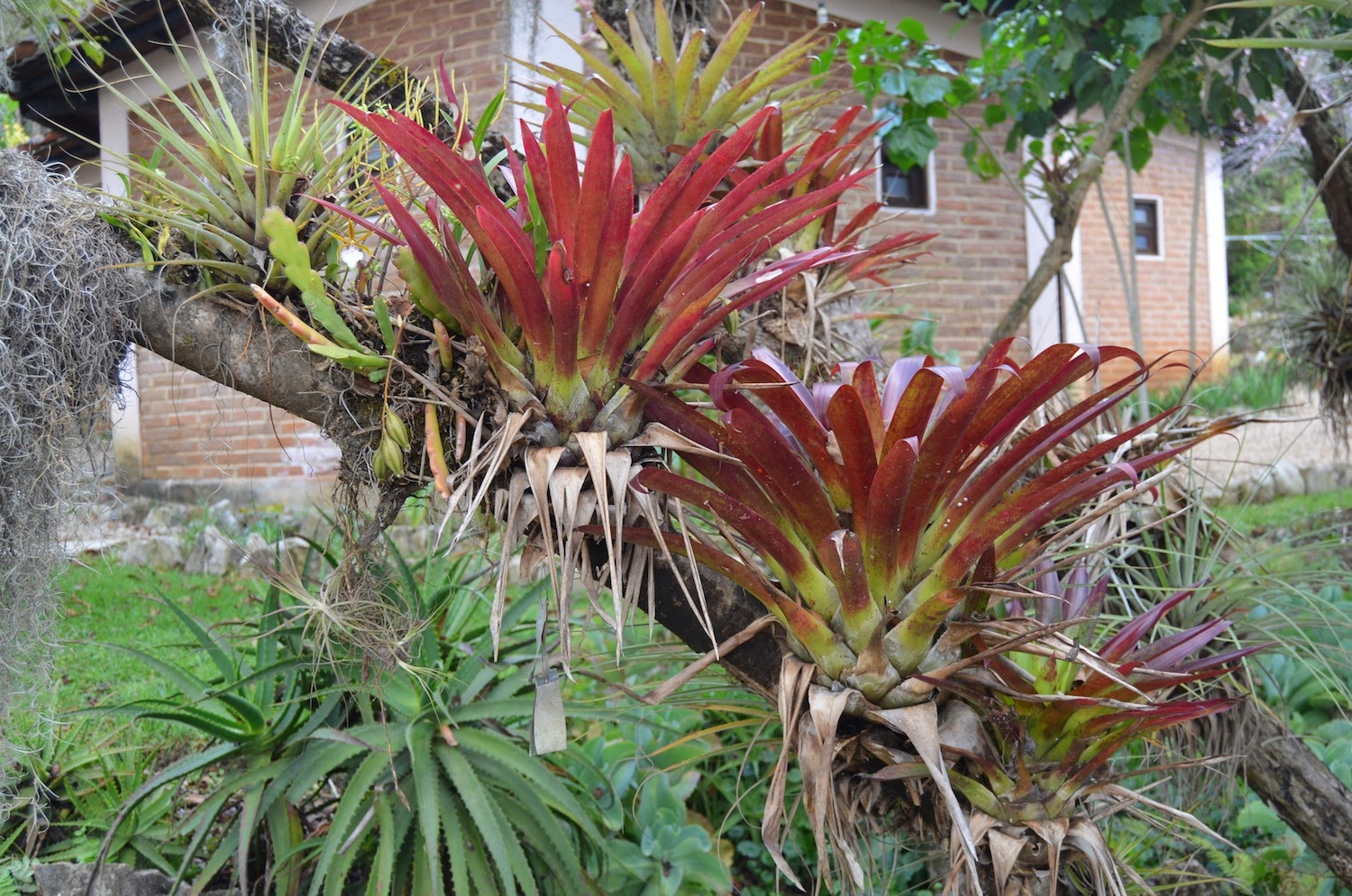 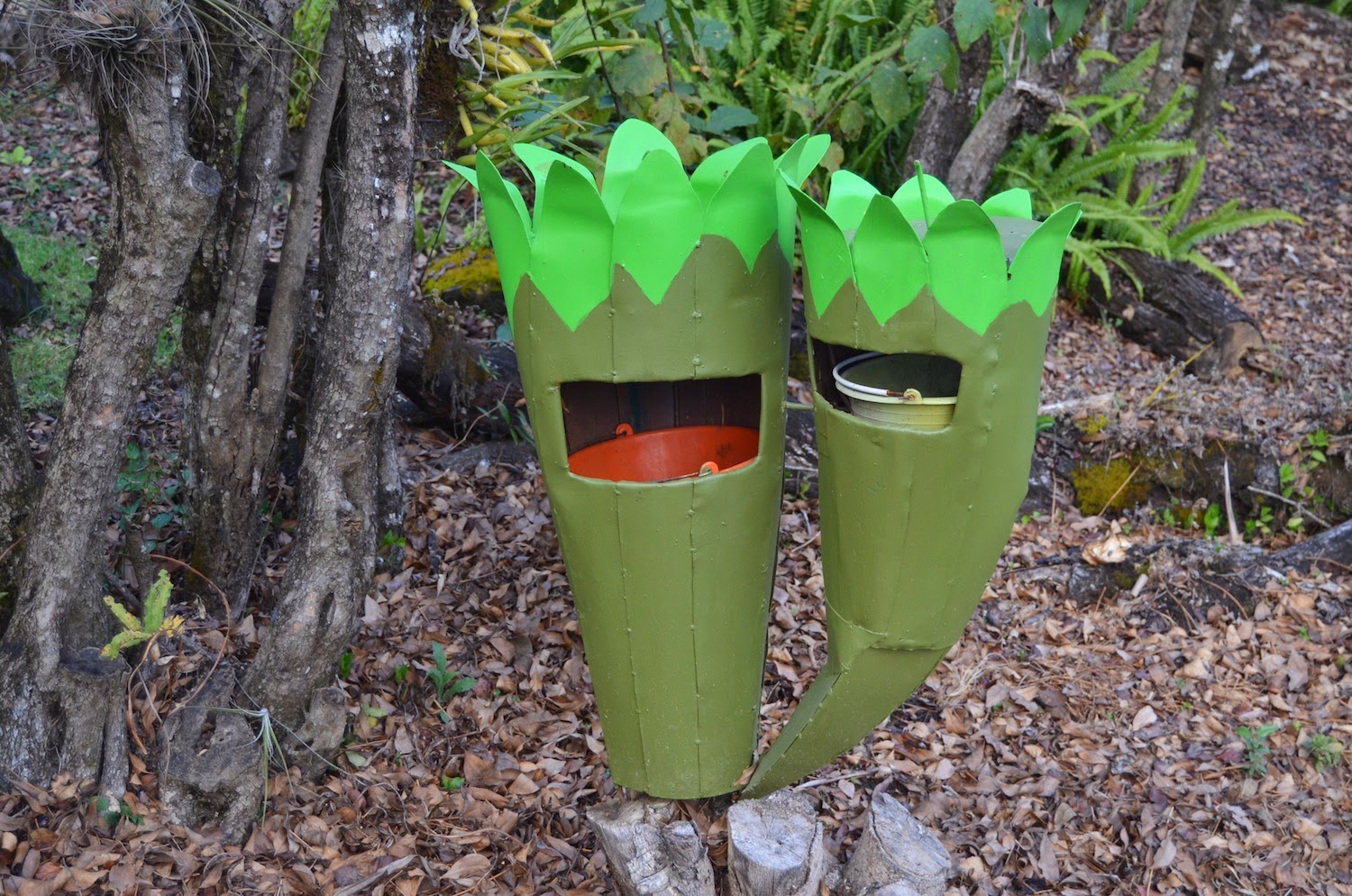 And Cisco was adamant that i had to photograph the rubbish bins. This is an incredible place, and a very good model for other regions. The world needs more Ciscos!

If you like my blog, why not check out my e-books, which are round-ups of some writing I did for Hortus magazine back in the early 2000s, along with an interview with the amazing Beth Chatto. You can read them on Kindle, or Kindle packages for smartphones or the computer. You can find them on my Amazon page here. You will also find my soap opera for gardeners - currently running at eight episodes.

Posted by Noel Kingsbury at 5:43 AM

Two garden destinations I consider worthwhile in Mexico are El Charco Del Diablo, a wildlife refuge and botanical garden in San Miquel de Allende, and the Ethnobotanical Garden in Oaxaca. I enjoyed this post and hope to visit Chiapas sometime soon.

I echo your sentiments about plant habitat despoilation and the human motives behind it.
I have just returned from my own sunshine holiday in Costa Rica and have been blogging about the less despoiled landscape there.
Unfortunately eco tourism is part of the problem